Recently I filed a Freedom of Information Act request with the City of Bloomington for all emails From or To every City employee regarding the Modified Ward System.  I included Alderman Rob Fazzini’s personal emails in the request.  Yes, they are subject to FOIA requests.  I included 2 court decisions in the request to prove it.

One of the documents I received was this one: 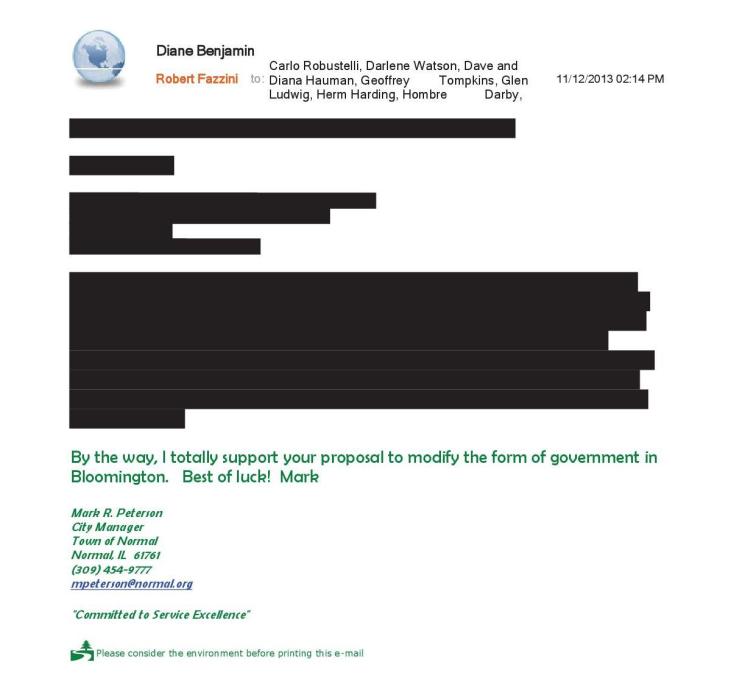 This letter was included stating why information on numerous emails was redacted: 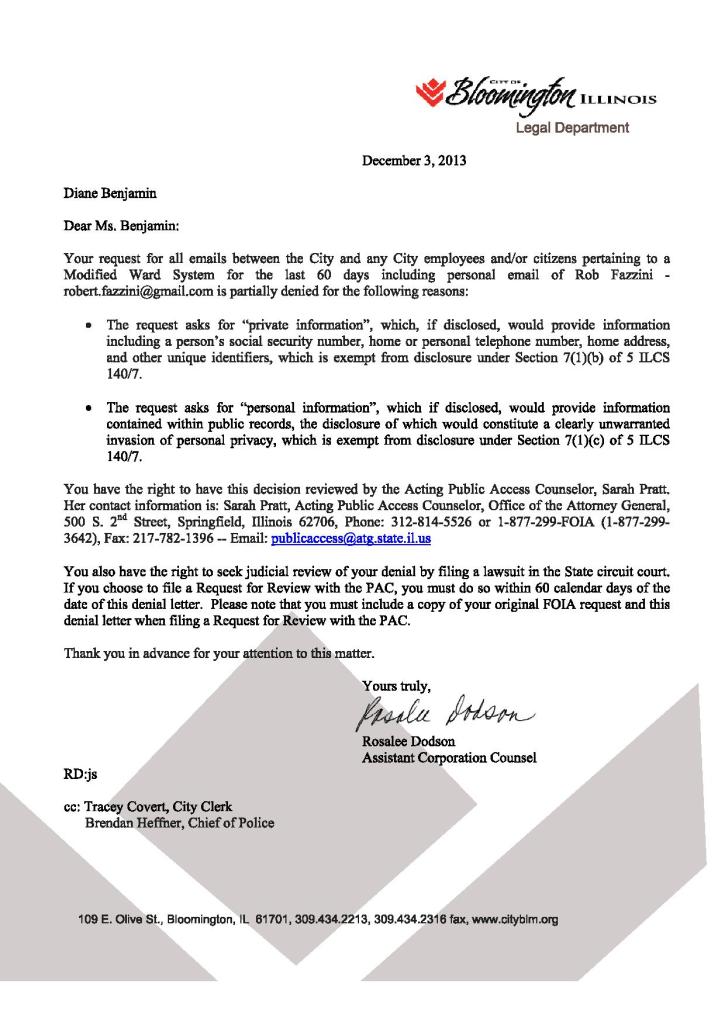 Below is the actual email they redacted: 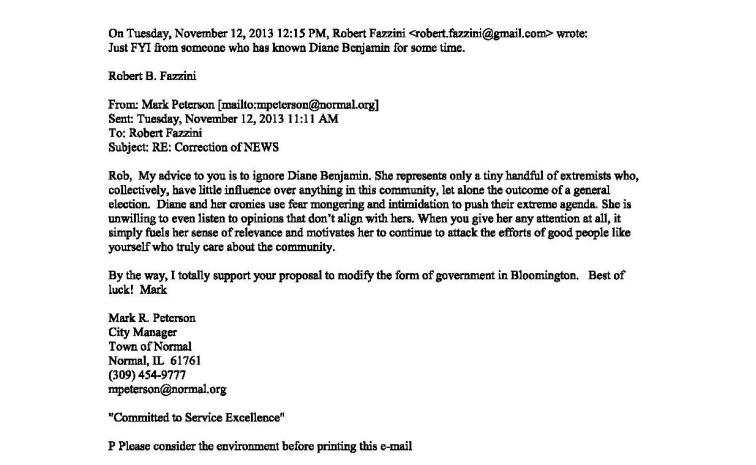 The City of Bloomington ILLEGALLY redacted the text of Normal City Manager Mark Peterson’s email and an email Fazzini sent to his Ward supporters.  I could file a civil court case against them, and I still might.  Nothing in these two emails qualifies for redaction under the law.  There is no personal information, just incredibly stupid comments.

(j) If the court determines that a public body willfully and intentionally failed tocomply with this Act, or otherwise acted in bad faith, the court shall also impose upon the public body a civil penalty of not less than $2,500 nor more than $5,000 for each occurrence. In assessing the civil penalty, the court shall consider in aggravation or mitigation the budget of the public body and whether the public body has previously been assessed penalties for violations of this Act. The changes contained in this subsection apply to an action filed on or after the effective date of this amendatory Act of the 96th General Assembly.

The City of Bloomington staff and elected officials feel they have a right to violate the law when it fits their purpose.   This is the same mentality exhibited in the Executive Session controversy.   The laws are immaterial if they get in the way.

If you missed the Peterson email the first time I posted it, read more here:  https://blnnews.com/2013/11/13/city-manager-mark-peterson-liables-me/