Today the local rag has a story extolling the greatness of the Heartland Turbine.  Maybe they got their info from Heartland, maybe they shouldn’t have.  Their story says 23,000 Megawatts have been generated – in 5 years.  That’s 4,600 MW a year.  Now convert that to Kilowatt hours so their story and mine can be compared:  4,600,000 KWH 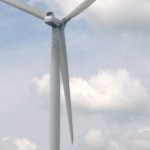 That $60,000 is advantage Heartland because I used the highest cost of electricity (see 2012 story) which is close to what I pay now.   Since I’m with Corn Belt, their cost is probably less than mine.

Heartland still needs almost $100,000 more a year in savings to break even in 20 years.  The biggest problem back in 2012 was Heartland didn’t use grants in their calculations.  They pretended that wasn’t real taxpayer money.  I included them in the total cost.  Eventual disposal costs aren’t included in either of our calculations.

A few years ago they quit claiming it was saving money and changed the turbine to “a teaching tool”.  Evidently they are back to claiming how great it is.

I’d love to see how Heartland thinks the turbine is fiscally responsible.  I see it never paying for itself.

The article was a report on the Board meeting.  Surprise!  Bus ridership Heartland covers for students has dropped from 200,000 a year to 115,000.  Therefore, Heartland is going to charge more to students.  The total paid to Connect Transit will be less since fewer students are riding though.  The article attributes the rider decline to “a slight drop in enrollment”, Uber, and the new bus routes.