I received a legal opinion that “consideration” can allow for a vote.  Janice Bettisch should attend this meeting as a board member since her replacement’s term doesn’t start until May 1.

Below is the agenda for tomorrow night’s meeting: 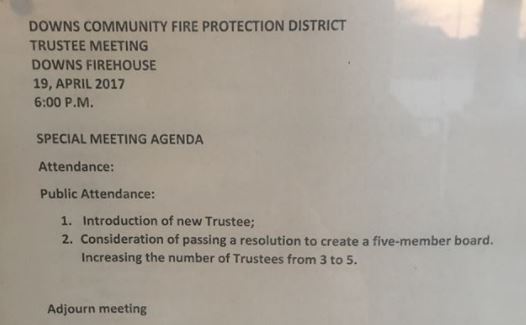 No votes can be taken at this meeting because none are listed on the Agenda.

Also, the new Trustee is not an official member of this Board until May 1, 2018.

The County Board appointed him to a three-year term ending April 31, 2021:   http://www.mcleancountyil.gov/ArchiveCenter/ViewFile/Item/5937

That means the three years doesn’t start until May 1.  Anything he votes on before May will be illegal.

Trustee Janice Bettisch received a letter yesterday terminating her from the Board.  The County is responsible for appointments, look at how they were right on top of their responsibility: 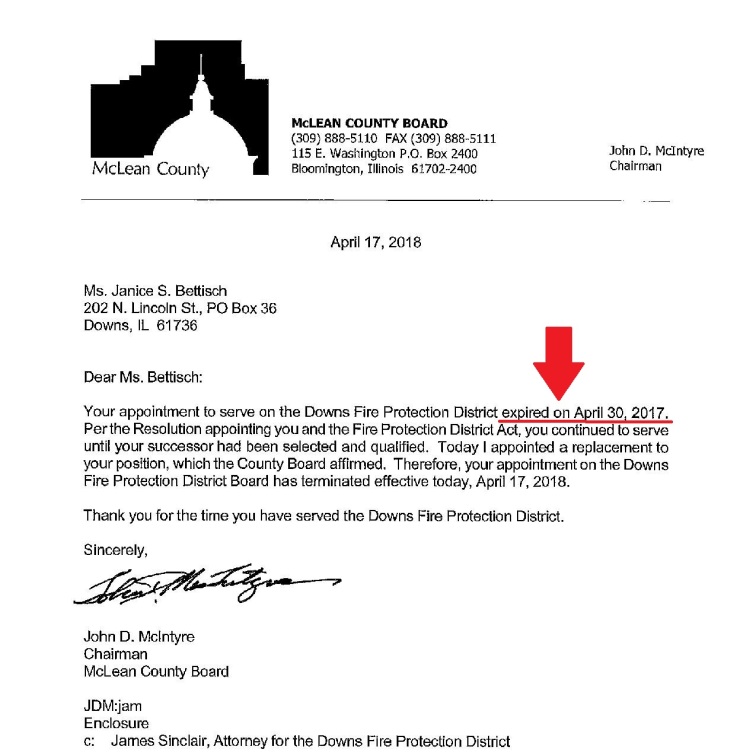 The only reason she was terminated was because John McIntyre conspired with Mark Casada.  Mark was out-numbered and didn’t like the direction the Board was taking.  Right or wrong it should have been discussed in Downs, not behind the backs of the other two Trustees and the people of this district.

Since many other appointments were made  by the County Board yesterday to other Fire Protection Districts, I wonder if the County finally figured out they weren’t doing their job and fixed them all at once?