CIRBN is registered with Secretary of State as an LLC – Limited Liability Corporation.

They call themselves a Public Utility and claimed tax exempt status as a 501(c)(3).

This is CIRBN in short:

The Obama Administration handed out grants (tax money) for super high speed internet access.  ISU administered the program until the grant money ran out.  Only select organization can use CIRBN – government, schools, hospitals, and apparently friends of government.  Remember that $100 a month lease on Linden?  Normal was going to pay $5000 to run CIRBN service to them,

When the grant ran out representatives from Normal, Bloomington, Pontiac, Heartland, Unit 5, and ISU formed a Board to oversee operations.

As I reported in May of 2018, Unit 5 is switching to Metronet.  I also reported Rob Fazzini signed contracts for the City of Bloomington  even though he was merely a Board representative for Bloomington.  https://blnnews.com/2018/05/22/cirbn-another-government-waste/

CIRBN has 3 employees.  Here’s where something smells.  Instead of providing benefits for themselves, which would be costly, the Town of Normal made them employees.  At least 2 of the 3 are paying into the pension system and will receive benefits if they stay long enough.  The third person isn’t listed on the Town’s compensation report since the salary is less than $75,000.  All three employees also get health insurance through the Town of Normal.

Supposedly all salary and benefit expenses are paid by CIRBN to the Town.

Now compare this arrangement to any small business.  Wouldn’t it be nice to jump on a government benefit plan – including a pension – even though you provide services only to the entity?

Below are a series of emails Stan Nord exchanged with Pam Reece.  Draw your own conclusions: 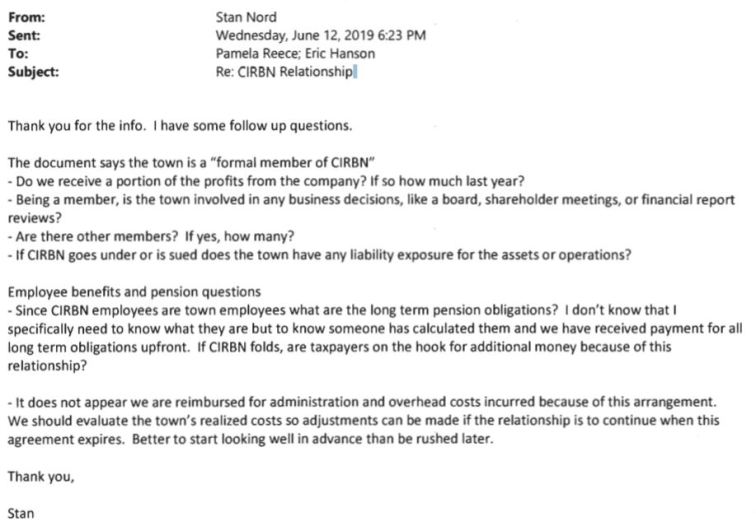 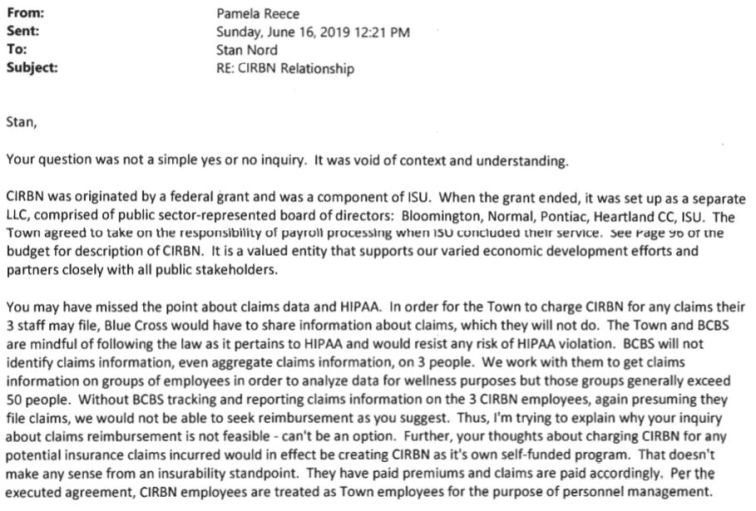 Some of Stan’s questions were not answered,  We have no way of knowing if 100% of the cost of the CIRBN employees is really reimbursed.

Remember the saying:  “Watch the pennies and the dollars take care of themselves”?  That doesn’t appear to be the philosophy in Normal.

This is the documentation for what was passed by the Council:  CIRBN

41 thoughts on “Normal: Another thing found in FOIA – CIRBN”