The letter sent to the Attorney General by Stearns made serious allegations, if they weren’t serious the Attorney General would not have agreed to investigate.  Renner called the allegations “totally ridiculous”.  Really Tari?  The tape will reveal what violations occurred, do you really think calling violations totally ridiculous will make them go away?  Everybody except Kevin Lower and Scott Black have been on the Council long enough to know an Open Meetings Act violation when they are part of one!  Where was McDade, Fruin, Fazzini, Mwilambwe, Schmidt and Sage?  When Judy Stearns walked out of the executive session and stated that she was doing so because the meeting was illegal, these 6 just sat there!  Their credibility and culpability are now in question.  The Stearns statement about an illegal meeting didn’t make them stop and think, or even question Renner and Hales?

Bloomington – how does it feel to be represented by people who believe laws don’t matter?

Mayor Renner:  just because the same things were discussed later in open session doesn’t make the executive session legal!   Culture change discussions aren’t allowed in executive session!  Since you are a political science professor, I would think you are at least are mildly aware of the law.  If you haven’t taken the required Open Meetings Act training you should.  Unless you mange to erase the tape – you hung yourself.

One more question Mayor Transparency:  Would you have attempted to marginalize a male alderman who filed the same complaint?  Is “totally ridiculous” reserved for conservative females only?  It seems like we’ve heard this story before with national conservative women.  Your playbook is old news.

In the meantime, nothing had better happen to that tape.  Accidentally being erased would be more than proof of guilt!

Updated:  Renner has completed the OMA training – it just doesn’t matter to him. 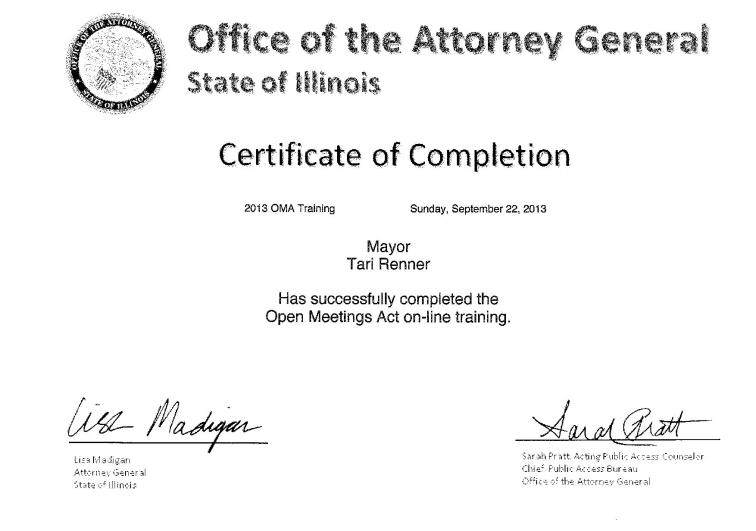