Correction to when Fazzini quit the Bloomington City Council – Sorry!

Sorry, Fazzini’s final day was September 3rd.  These are after he quit.

Below are a couple more emails I received under the Freedom of Information Act from the Town of Normal.  These will tell who Bloomington City Manager David Hales is:  A guy who can’t make a decision.  Note these emails are from Normal’s City Manager.  Both are dated shortly after Rob Fazzini’s final day on the Council – September 3.   Do you wonder why Bloomington constantly hires consultants?  Hales wants “experts” to justify his actions so the blame shifts to others if things ago awry.  That’s not my opinion, it’s the opinion of his counterpart in Normal.

Are the potted plants going to raise his salary again this year? 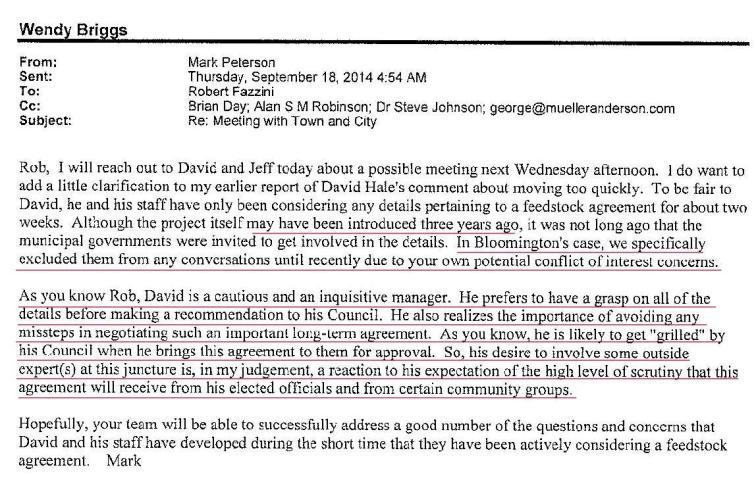