The tables in Champaign stay out all night, the chairs are secured in stacks on top of them.

Tari Renner was on the radio this morning again proclaiming no city is successful without a successful downtown.  He of course learned that at the US Conference of Mayors, he’s going to another convention in 10 days.   I can’t wait to hear what he learns next!  He also mentioned he met yesterday with somebody who is going to invest MILLIONS in downtown.  I wonder how much money they will want to do it?

If Bloomington just embraced the current downtown culture instead of trying to change it, more retailers could be attracted.

The biggest problem Bloomington has is:

They don’t trust the people

Clear evidence is shown in this picture: 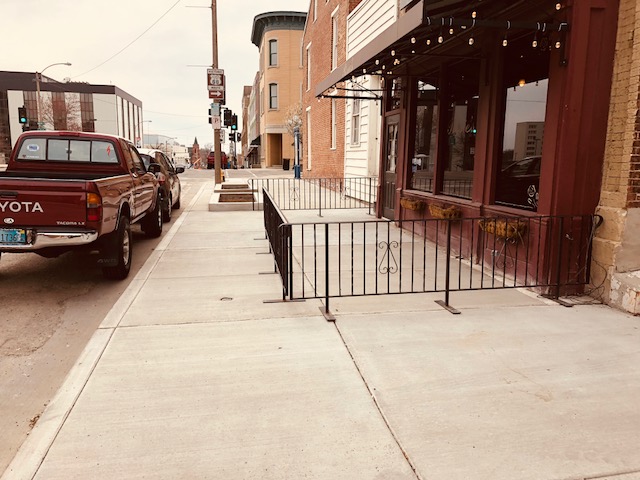 Patrons have to eat in a cage!

.
Contrast the cage with downtown Champaign:

Look at the pic below. Instead of cages, silver disks are embedded in the concrete. They mark the boundaries for alcoholic drinks. Champaign trusts their citizens to stay inside the boundaries without ugly fences that only make walking downtown more difficult. Officers patrolling the area simply tell violators the rules.

These outdoor cafes are all over downtown Champaign, so are retail shops.

Where would you rather be? 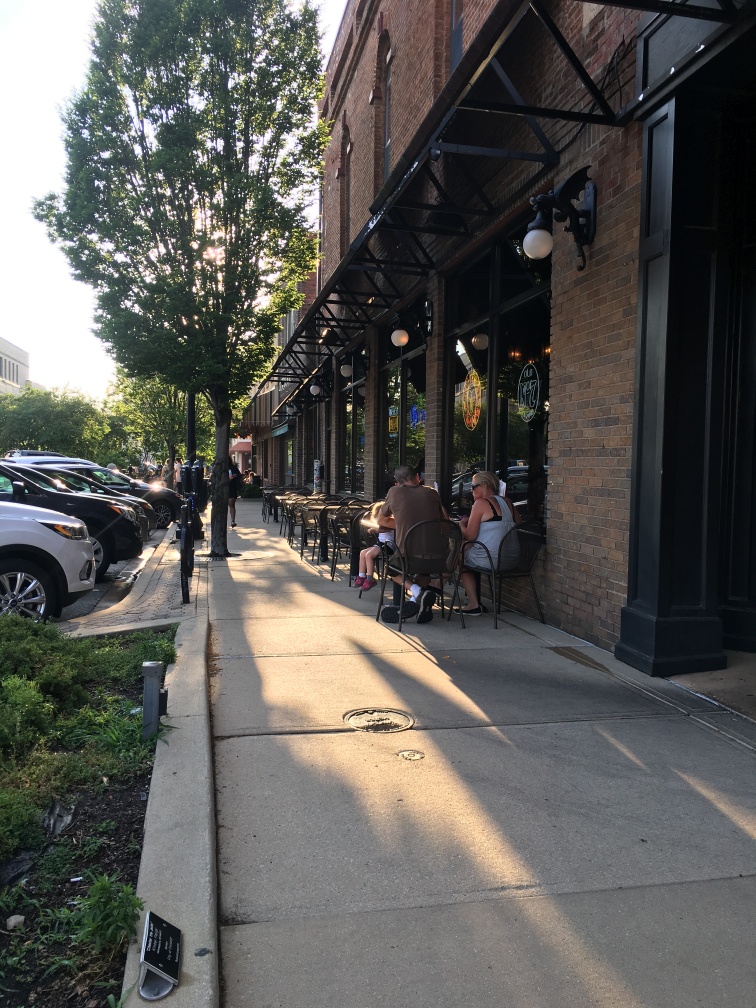