It would be nice if Bloomington showed the same charts year-to-year, but they don’t.

These charts are available here:  https://www.cityblm.org/government/advanced-components/documents/-folder-145 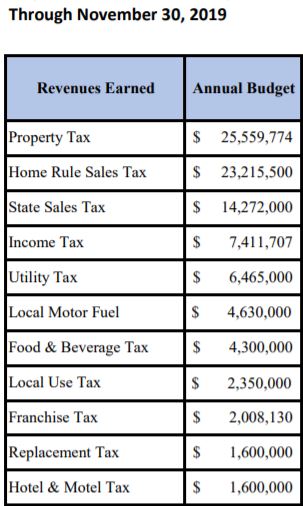 The budget for Food and Beverage tax is lower in 2019 than 2015.  The Hotel/Motel Tax is also budgeted lower.

Maybe this will help – side by side budget comparison based on those reported for 2020:

One more chart, this one shows the 1 year difference:

Keep in mind all the fees for water, sewer, garbage etc are not included in these taxes.

Government isn’t working for you – you are working to feed the beast.