The following emails were obtained under the Freedom of Information Act – not by me, they were just forwarded to me.

Below is City Manager David Hales’ salary for 2014:

Alderman Schmidt doesn’t think the 3 aldermen who didn’t return the evaluations should be allowed to participate in discussions of Hales’ performance as City Manager.  Maybe she knows Lower and Stearns will never vote to pay him more and therefore wants to marginalize them.

Renner then forwards the evaluations to ONLY the people who filled them out.

Then we find out Alderman Fruin never got it!  Renner then forwards the evaluations to the entire Council. 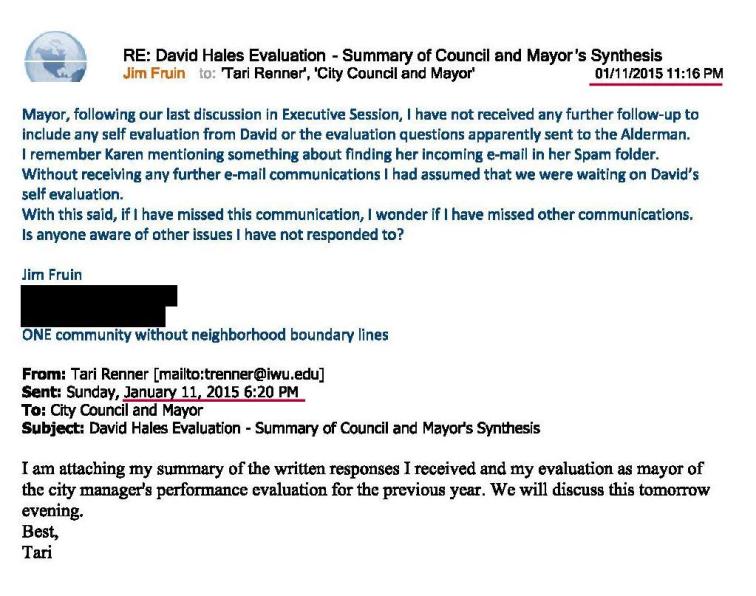 Aldermen Sage and Schmidt can’t wait to give Hales another raise, but they have to schedule a vote first.

About this time the “racist” police comment fiasco occurred.  Poor David still hasn’t gotten his review and raise, not because the potted plants think he doesn’t deserve it.  The Renner rant and censure got in the way, then the citizen summit and budget.

Do Sage and Schmidt believe Hales will leave without another raise?  He won’t, he isn’t vested in his pension yet.

3 thoughts on “Inside the heads of potted plants”