Wasn’t it only a few weeks ago Tari Renner was so overworked as mayor he wanted a full-time assistant?  He must have been exaggerating since now he thinks he can take a leave of absence for some “medical related” reason for an indeterminate time.

Since the Council did nothing when Tari Renner declared himself king of the Liquor Commission, Bloomington now is without anyone with the authority to handle the job!  Maybe Karen Schmidt can be Liquor Commissioner since she is acting mayor.  Tari did appoint two assistants to the commission,  Lindsey Powell and Jack Bataoel.  Who is now in charge of hearing requests for a liquor license and handing out punishments to violators?  According to Tari, State Law makes him the sole authority.  Since nothing was mentioned last night, we don’t know.

Tari’s Press Release via Nora Dukowitz says nothing about Illinois Wesleyan.  The Pantagraph story says Tari is going to continue his teaching job.  Is that what Tari told them?  If yes, you have to wonder when they will finally start fact checking his utterances!

The Illinois Wesleyan website says Tari is on sabbatical. 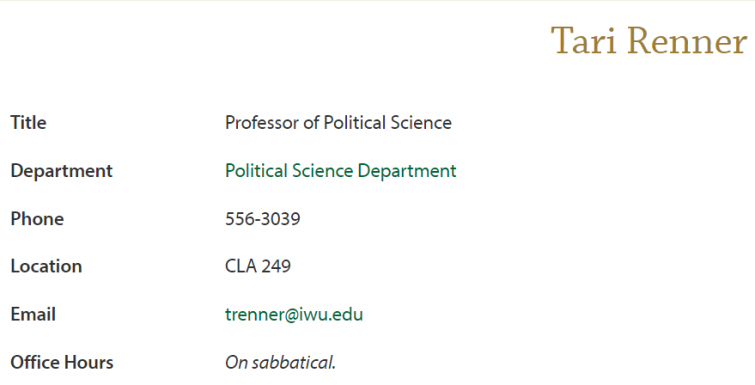 That’s strange since he is listed in the course catalog as teaching 3 classes this semester: 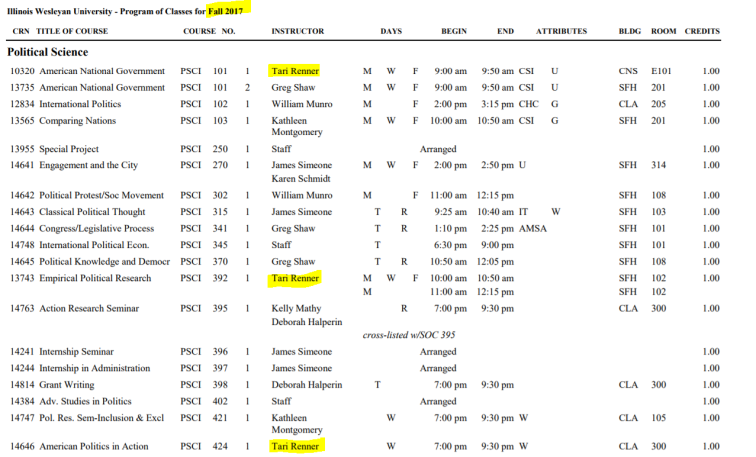 Didn’t Tari campaign on being the most transparent mayor ever?

Evidently that was also an exaggeration.

24 thoughts on “No Liquor Commissioner!”