The media is allowing Renner to lie to you!

Hey Tari:  Why are tax receipts to date UP 3.9% for the County? Page 7 – http://www.mcleancountyil.gov/ArchiveCenter/ViewFile/Item/4329   You’ve been claiming taxes are flat in Bloomington, got some proof of that?  Hales claimed a couple of meetings ago receipts looked good, of course nothing is on-line so we don’t know what receipts look like.

Sorry if we find you and Hales difficult to believe.  Numerous lies have a tendency to make us doubt everything you say!

The bird-cage liner printed another Tari lie yesterday!  That “structural deficit” caused by “inflation” reared its head again.  Yes Tari, you built an un-affordable structure.  Inflation has nothing to do with the budget – it’s fun spending other people’s money, isn’t it Tari?  You already raised taxes.  Now you want more!  Are you related to Mike Madigan or is fleecing citizens just a progressive socialist thing?

Besides “Structural Deficit”, here’s some other phrases we are sick of hearing Tari:

Does IWU know that your command of the English language is limited to phrases repeated over and over and over?  Tell a lie often enough . . .

One and half years ago you raised taxes Tari.  You stomped your feet and vetoed the budget until you got them.  According to your own numbers, the new taxes have raised around $5,800,000:  https://blnnews.com/2015/09/04/more-taxes-without-facts/

McLean County hasn’t done a good job providing information on the 1/4% increase they want.  Normally building is done with bonds, I have no idea why they jumped at Sales Tax.  Sales tax hurts the poorest more than anybody else!  Do you hate the poor Tari?

The increase is being sold as for “Mental Health”.  Part is, part isn’t.  Included is something to do with Connect Transit and a hub in front of the Law and Justice Center.  Can somebody clarify that?  Transparency is lacking, the County specializes in hiding info.  Part of it is a consultant expects Bloomington-Normal to grow, therefore more beds are needed:

In each scenario the amount of current beds used could differ. Part of the old jail would be repurposed. The number 458 is not correct.

The growth in bed demand was projected at 1% annually. That type of growth takes us to a need of 290 beds in 2035.

True, but an additional 20% was added to accommodate peak populations and to allow for proper classification.

See the link above.  A lot of the questions asked couldn’t be answered.  The consultant missed people leaving Bloomington-Normal, Mitsubishi closing, and State Farm shipping people out.  The big spenders NEVER admit defeat.

Tari’s hand-picked per-determined Tax Force will present their findings at 5:30.

Make their life miserable by showing up!  Your money does not belong to them!  Nobody shows up to meetings in Normal, now you know why the increase started there.

Tell them you are watching.  Make them look you in the eye while stealing your money!  Pack the Council chambers and show you have had enough! 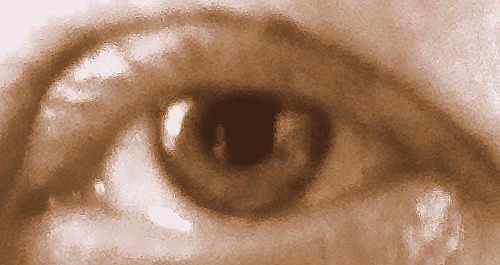 9 thoughts on “Make them look you in the eye!”