Last night David Hales revealed his proposed budget with HUGE increases in spending.  If the Council has a death wish they will pass it as proposed.  History says the Council will tell David Hales to cut it.   Hales already has the cuts lined up, citizens are being played.  The Council just wants to look like heroes for demanding cuts.

In honor of the Renner/Hales budget, see how your “royalty” takes care of themselves – at your expense.

A reader analyzed P-Card spending for 2015.   P-Cards are a cross between a debit card and a credit card.  Whatever City employees buy with their card is paid in full once a month.  See the complete list of meals and some travel here:  P-Card Meals 2015-2 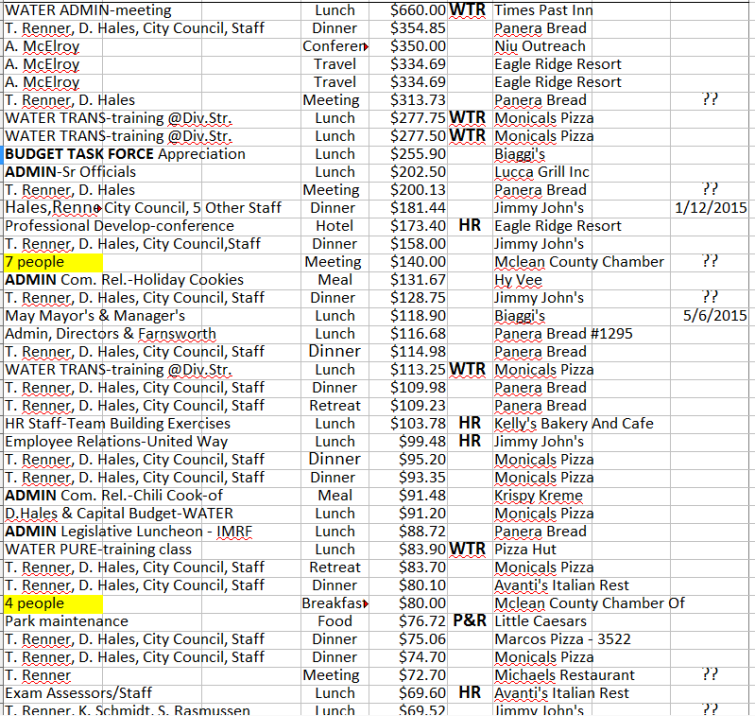 Then there was travel, much of it by Tari Renner:

Not all travel/meals is charged to P-Cards, that information is just more difficult to obtain from Bills and Payroll.

Ever hear Tari say something totally off the wall and wonder why he thinks that way?  He learned it traveling.