A special 3 minute meeting was just called for later this week.  Put approval on that agenda Tari!

The last time the City Council looked at their Secret Meeting minutes, as required by law, they refused to release the old City Manager Tom Hamilton’s performance reviews.  In other words, people still on the Council don’t want you to know they fawned over him (just like Hales) while he oversaw building the un-used fire station, the too-short-to-use water tower, and the Coliseum.

The Attorney General proved to be a gutless wonder by “requesting” the Council release a verbatim written account of the meeting ruled an Open Meetings Act violation and the audio version.  I did a Freedom of Information Act Request for both.  I was denied because they want the Council to vote to release them.  Of course it’s not on the agenda for tonight, even though no discussion is necessary.  Right now it could be added to the consent agenda.  I dare any Council member to vote NO.  Tari – you are anything but transparent!

But then this is the same Council still holding Tom Hamilton’s reviews almost a decade later!  How many years will it take them to vote?  Mayor?

Much of the Council doesn’t want you to see the violation.  They don’t want one of the City’s unions to see the violation.  Hint to unions who gave Renner money for his last campaign:  Don’t do it again.  There is no law stating aldermen can not discuss what happened in an Executive Session.  If Renner won’t call the vote, ask Judy Stearns.

Minutes of the meeting, with much redacted and worded in general terms, were released long ago.  It does recap Judy Stearns leaving the meeting and Kevin Lower supporting her, but they don’t tell the whole story:  minutes  Page 6:

If Renner REALLY believed in transparency, releasing the written and audio version would be on the agenda tonight. 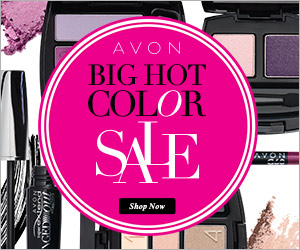 10 thoughts on “UPDATE: Not transparent Tari”