I’ve written for months about Bloomington NOT making their financial statements public yet from almost a year ago.  In fact, very little financial information has been released, Renner’s transparency claims are now ridiculous.

(How can anything run without financial data?)

Below is the letter the Comptroller’s office sent to Tari Renner.  As of Friday he has not responded.  Once again, laws are only for us little people. 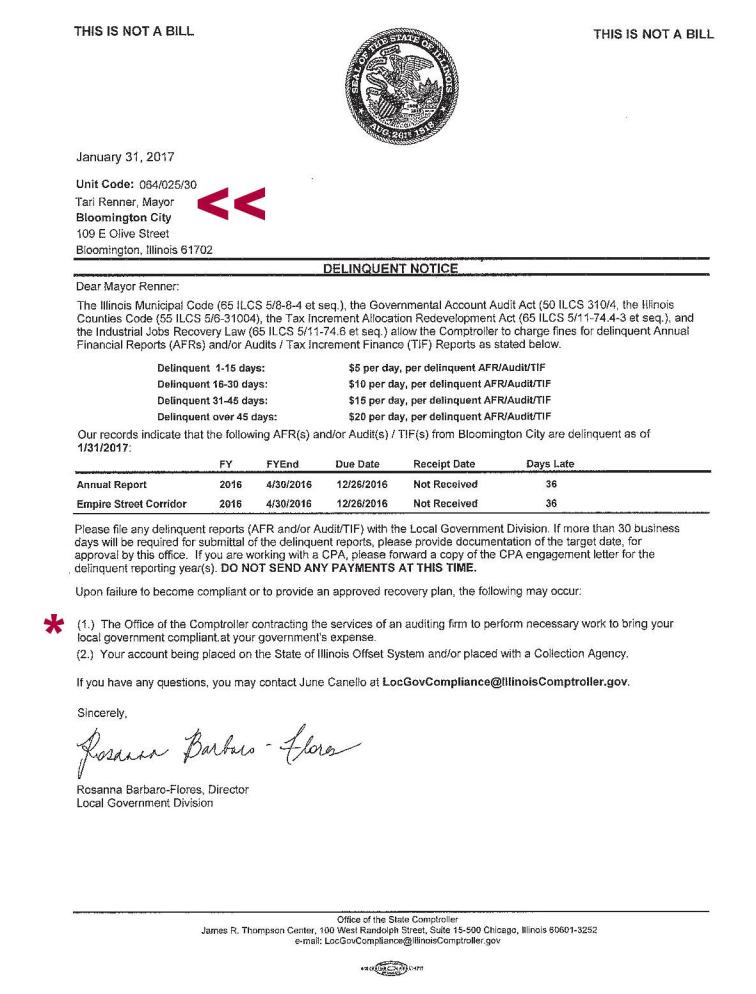