Back when the City Manager did real Monthly Reports, the library traffic was easier to understand.  It always included year-to-year comparisons.  The summary now doesn’t.

This is what was reported for October 2017: 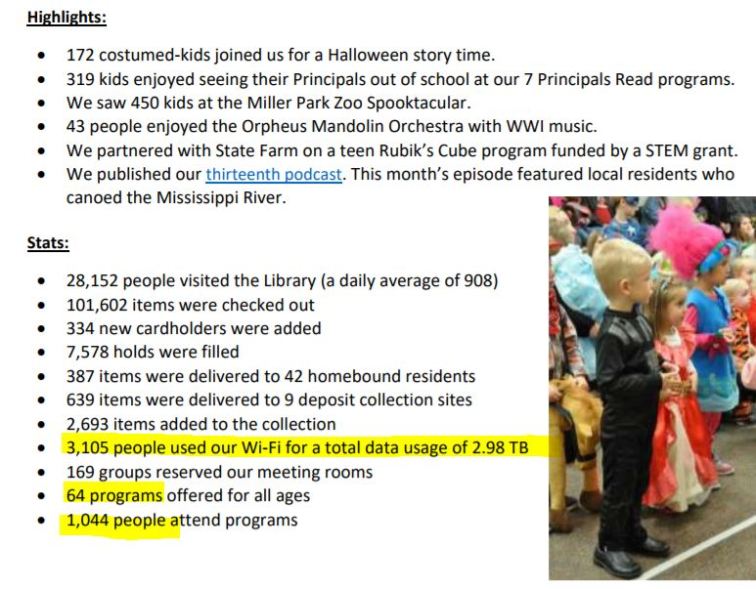 Before adding on or relocating the library some questions need answered:

Because government doesn’t produce revenue, their adventures good or bad are at your expense.

No clear purpose for expanding or moving the library has been given.  If the purpose is to hold “events”, the people paying the bills deserve to be told.

If the purpose is to provide “free stuff”, the people paying the bills need to be told that.

If the purpose is to get people downtown, it will fail just like every other scheme fails.  Government can not control behavior without force.

The world is going digital, is the library?  See this FREE site for ebooks:  https://openlibrary.org/