How did the City of Bloomington employees get any work done when they spent 3 months planning the Chili Cook Off that only employees attended?  Worse, they were already working on the next party – this month – before the October one was even held.  It sounds like all the departments decorate and then prizes are awarded.  They call it a Winter party, not a Christmas party.

Here is one of the twelve in case you need a nap:  1017jrnla__Redacted

That file if 150 pages, but has a lot of good information.  First, I can add this fully redacted email to my next lawsuit:

What could possibly be so secret about the Employee Appreciation Committee?  I can let a judge decide if it should be secret.  I wonder if the Community Development person was upset about the expense since the Community wasn’t invited!  It didn’t even show up on the City Calendar:     http://www.cityblm.org/government/advanced-components/calendar/-curdate-10-27-2017/-curm-10/-cury-2017

It took MANY emails to organize this event just for employees.  Remember, this was the 22nd year.  It shouldn’t have been too tough!

I will try to recap more information to add to what I posted yesterday.  All of this took place during working hours:

They did make this accommodation for citizens:

Below are a few emails to illustrate the above.

Maybe somebody can explain what the horse trough was for. 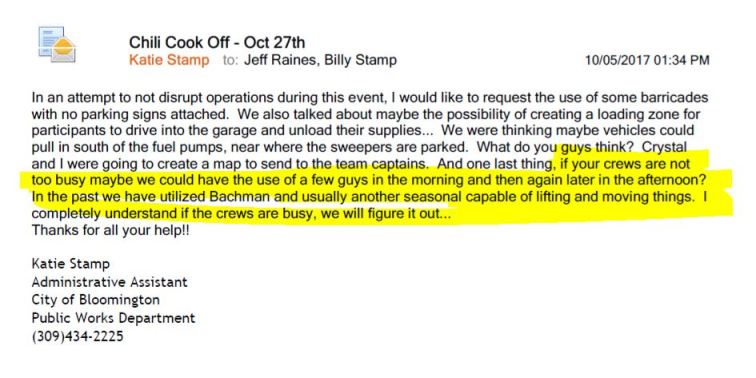 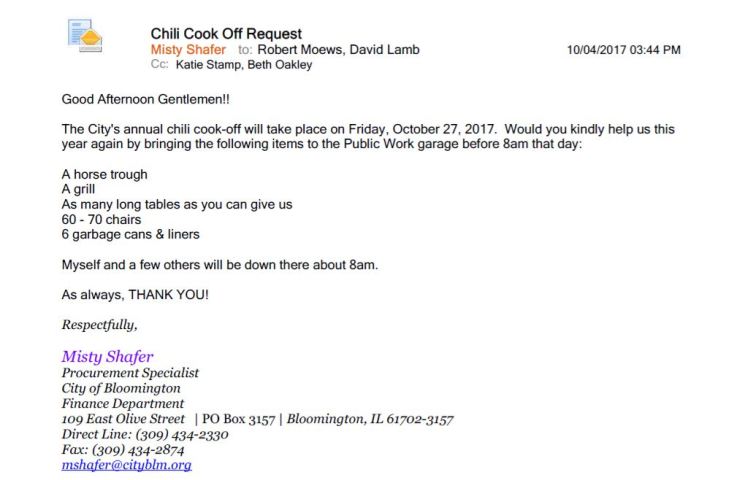 11 thoughts on “How do they get any work done?”