Sometimes I ignore things I receive anonymously, sometimes I don’t.  It all depends on how credible the information sounds.  Sometimes it’s just people wanting me to know they support me.  I really appreciate those!

Cities 92.9 and BlnNews launched a roads campaign yesterday to give you a voice because local governments are ignoring you.   I received this today, the postmark was two days ago.   Whoever sent this didn’t know about the campaign.  Karma?  Coincidence?  People are finally getting mad?

You can report potholes, but the patching methods being used in Bloomington do not last.  The pothole will reappear quickly. 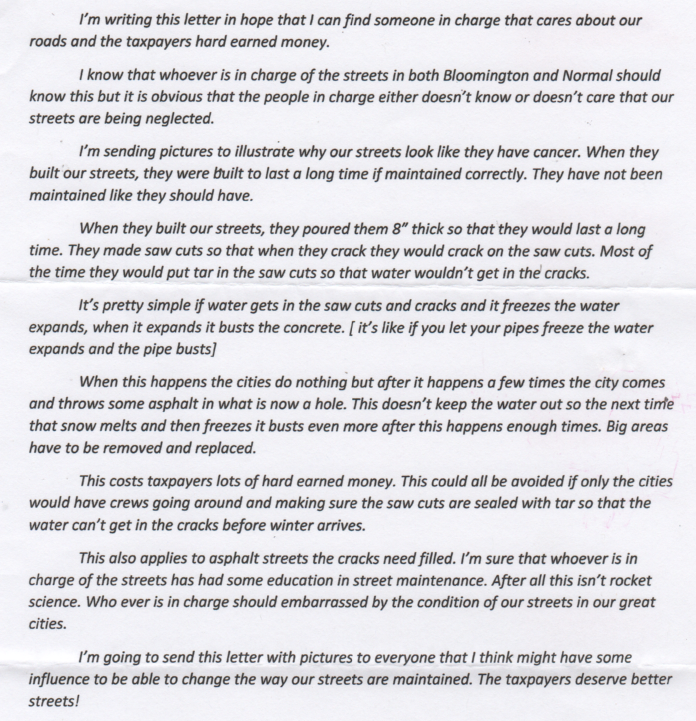