Alderman Diana Hauman took it on herself to gather citizen input on the budget.  She asked 6 people to look at the budget and look for savings.  2 had to drop off, but 4 with extensive business experience spent months looking at everything.  Evidently they aren’t allowed to present their findings because all 4 spoke during public comment at the last meeting instead of doing a presentation.  Tari?  Tari?

Two of them sent me what was presented.  It will take more than one story, but let’s start here:

Salary increases given to Public Works are unsustainable: 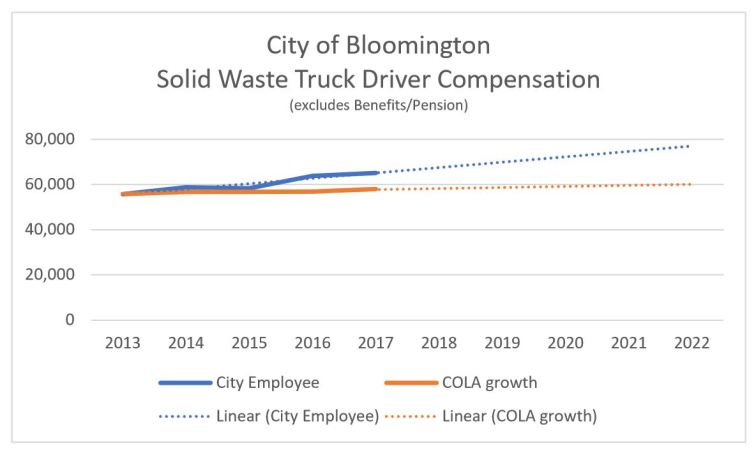 The salary increases far outpace the cost of living and increases in the private sector.

Next is healthcare costs: 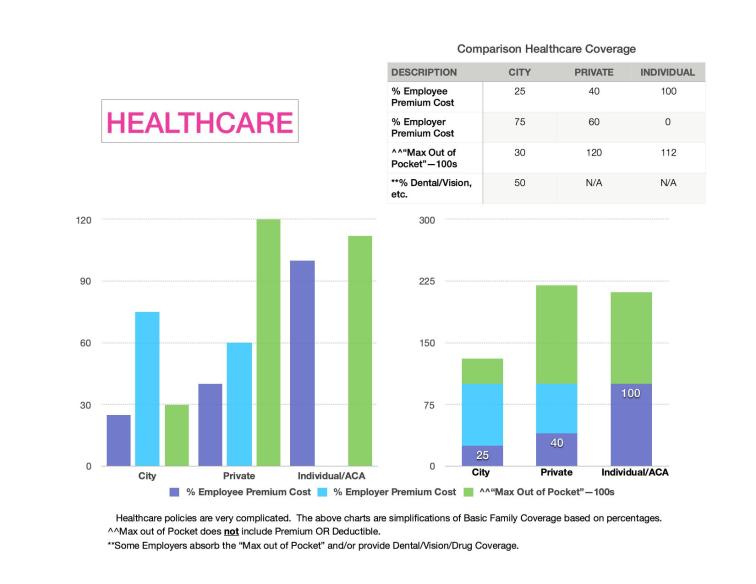 Probably the easiest part to understand is the chart in the lower right corner.  City employees are only contributing 25% of the cost when the private sector is contributing 40%.  The maximum out-of-pocket is much higher in the private sector too.  This is why I call their insurance:  Gold-Plated.  If the federal government ever allows the “Cadillac Tax” to go into effect (See Obamacare), the City will be paying a 40% penalty.

Since employees are the biggest expense . . .

the City could at least bring compensation in line with the private sector.

All of the departments submitted cost saving memos, see the HR memo Here

It doesn’t say a word about evaluating benefits.  They might be able to not fill 10 low-level jobs – total savings, including pensions and benefits, is only $500,000.  I don’t know what jobs these would be since very few employees have total compensation below $50,000.

Not evaluating compensation and benefits means the City isn’t serious about controlling costs.  The piggy bank (you) is ripe for more theft by taxes.

5 thoughts on “Are Hauman and citizens ignored?”