Tim Gleason has only been Decatur’s City Manager since March of 2015.

In May of 2017 Gleason fired the Decatur Police Chief Sweeney.  Sweeney sued the City for wrongful termination.  After lots of legal expense, the Chief was allowed to retire instead of being fired and he received $60,000 is Sick Leave Pay.  He returned $30,000 of that to the City to cover legal expenses.

What’s interesting is what came out during the trials: 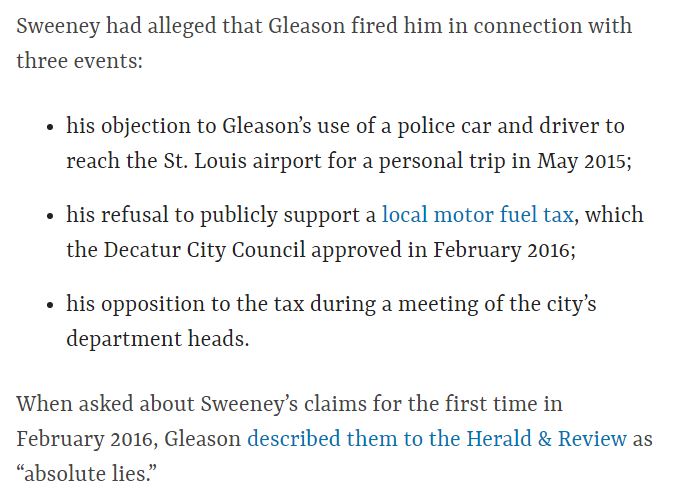 Personal use of government property CAN’T be authorized! 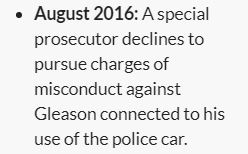 These quotes are from the Herald and Review in Decatur, owned by the same company as the Pantagraph.  Why hasn’t the Pantagraph reported this?

Does Bloomington need more employees who think laws are immaterial?  Why didn’t he drive himself?