I filed this FOIA request for additional information on the Lake Bloomington fire:

Below are answers to two of the three questions:

Four months after the fire the City has received zero from insurance.  I believe they have bought everything they plan to replace except the building.  I have no idea where those items are being stored.

The debris from the fire was not cleaned up for more than three months, this is just one of the emails received: 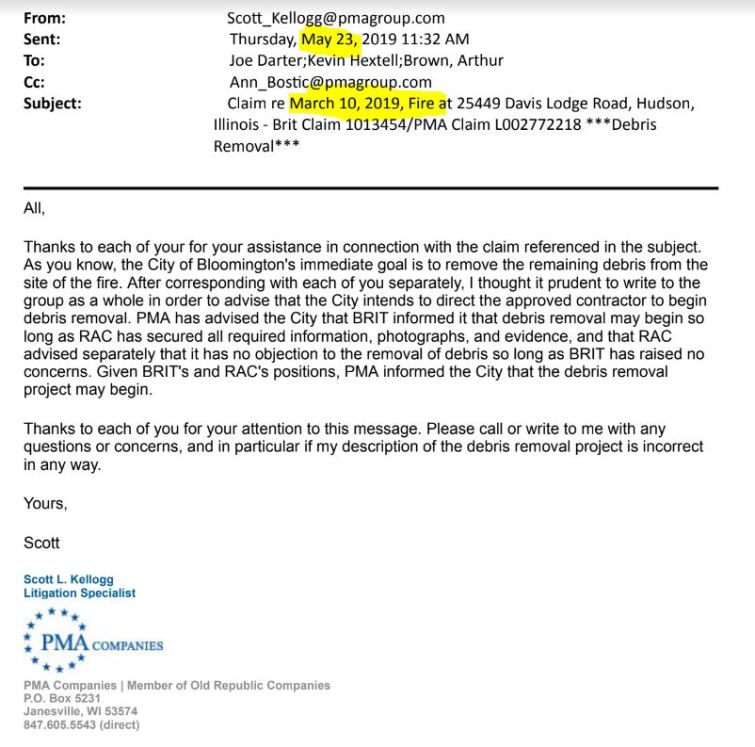 The media is still burying this story.  PMA insurance covers the losses up to $1,000,000.  Over that is covered by Firemen’s Fund.  Some of the emails reference contacting Firemen’s which means the total loss is over ONE MILLION DOLLARS.

Is failure to report #FakeNews?

10 thoughts on “No Reimbursement for Lake Bloomington Fire – yet”