The Freedom of Information Act was created to insure citizens can obtain information about the government THEY pay for.

All documents belong to citizens, not government.  There are a few exemptions to what can be withheld, but every FOIA request starts with the assumption documents are available to anybody who asks for it.  If government wants to withhold information they have to prove why they are entitled to redact it.

I FOIA’d the City of Bloomington to see what is being said about soccer and a sports complex.  Included in what I received was a FOIA request from a guy at ISU wanting copies of any agreements Bloomington has with people playing on the airport fields.  I got the 4 page agreement, it expired in 2012.

I also got this little gem that shows the City of Bloomington doesn’t believe documents belong to the people:

Now we know why Tari has to hire a “communications director” after he was elected the first time.  It looks like releasing any information goes through Nora even though she isn’t in the Clerk’s office or has any duties related to FOIA Requests.

Tari wanted her to control information!

I did not receive Nora’s response to Debbie, I will have to FOIA that.

I’ve got a massive amount of information, most of it doesn’t apply.

Here’s what I have learned so far:

So far I’ve only come across three emails about the sports complex – two are from citizens, one is a response from Joni Painter: 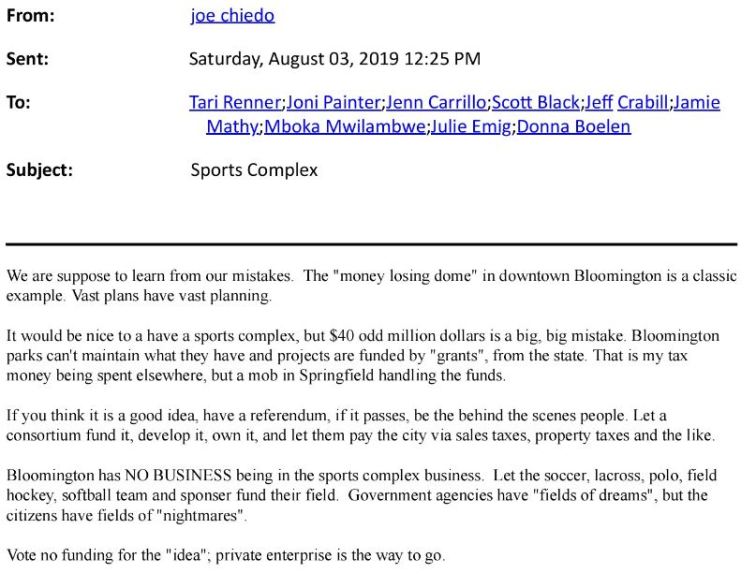 The cover letter to the Council and four page expired contract: 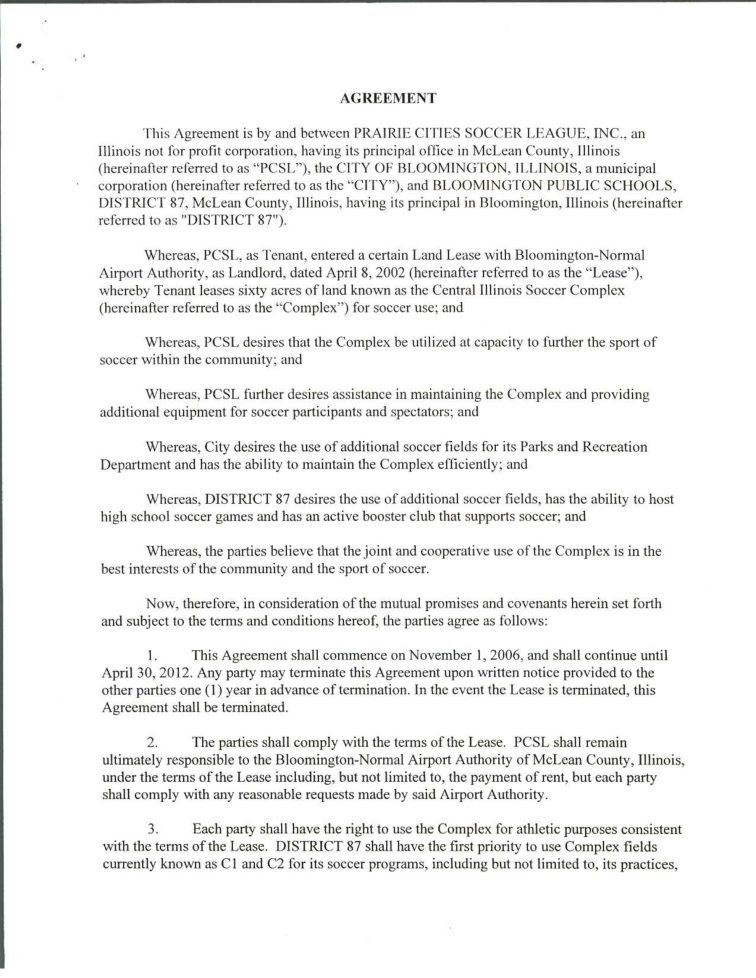 10 thoughts on “Catch a glimpse inside FOIA requests”