The City of Bloomington has been paying VenuWorks $4,999.98 sporadically since 2016, payments are marked loan principle.  This story says why:   https://blnnews.com/2016/10/06/so-bloomington-claims/

The short version:  VenuWorks paid John Butler (CIAM) for equipment at the Coliseum.  The City is reimbursing them for that purchase.  The total was $299,999, no interest, payments over 5 years.

The original agreement also called for VenuWorks to invest up to $450,000 in upgrades.  The City is also responsible for reimbursing whatever VenuWorks spent.

The City of Bloomington is claiming terminating the VenuWorks contract is fine and staff will be able to run it.  I haven’t heard any mention of this:  https://blnnewsdotcom.files.wordpress.com/2016/10/agreement.pdf

The agreement was signed on July 1, 2016.  That means terminating the contract now is at slightly less than 4 years.

VenuWorks is probably expecting to be paid whatever the outstanding balance is for up to $450,000 they spent plus the balance of the $299,999.  The City pays bills for VenuWorks like electricity, phones, and natural gas.  They are charged to “Due From VenuWorks”.

Ending the relationship with VenuWorks isn’t as easy as waving goodbye.  Expect a large check to be written after the Council votes next month on the agreement.  As of 4/30/19 the financial statements show this:  https://www.cityblm.org/home/showdocument?id=23337

If operations are ever allowed to return to normal, this facility is ripe for corruption.  Cash payments easily disappear into pockets.  The bonds to build it probably have at least 15 years left, the financial statements don’t have details.   Everyone is paying higher sales tax because “it will never cost you a dime” was a lie.  There is no easy way out of this mess.  Even if the City gave it away the bonds still need to be paid.

Never forget who inflicted taxpayers with this huge mistake: 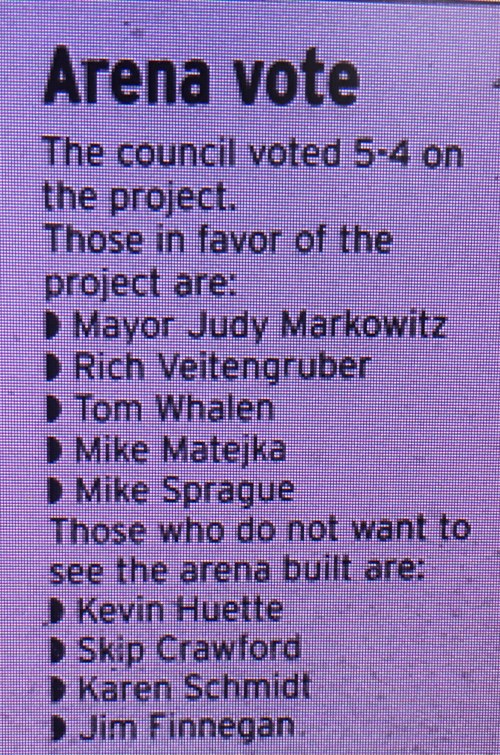 10 thoughts on “What about the money Bloomington owes VenuWorks?”