Here are some more emails I received under the Freedom of Information Act from the Town of Normal.  The first two shows again that Bloomington was involved in the Paradigm deal BEFORE Rob Fazzini quit the Council.  Once again, in Illinois this is not a crime!  Ethical?  Since when does that matter! 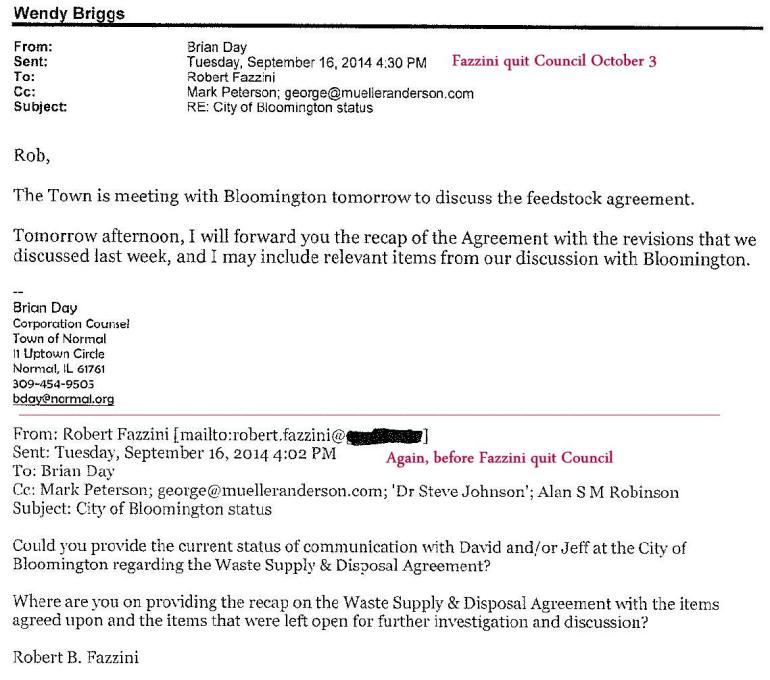 Normal, did you know you hired a Chicago lawyer?

George is Paradigm’s lawyer.    I have many emails talking about meetings with Normal’s lawyer, Brian Day.  This one reveals a Chicago lawyer was hired.

This email shows why so many lawyers were involved.

3 separate agreements were part of this deal.  Acquiring a location also took many hours and meetings.

Yes, many many many hours were spent on Paradigm.  Then it all fell apart.  I still have lots more emails if you are interested. Leave a comment.

2 thoughts on “A little more Paradigm”