The Coliseum contract with CIAM states negotiations for renewal must start the year before the current contract expires.  It expires next year, so negotiations are happening.

Have you heard anything from Renner?  Hales?  City Council?  NOPE!

When your government refuses to communicate with you, you are not just uniformed.  You are left to imagine what is happening.  I’m getting a bad feeling about these negotiations.  I have proven over and over that John Butler and Bart Rogers are hiding information and falsifying financial documents.

What is Bart Rogers driving?  Has the City noticed?  I heard a rumor (from a reliable source) that he trades Coliseum suites and concert tickets for cars at area dealerships.  Bart?  Tari?  Hales?  Anybody care to investigate?  IRS?  FBI?  Did he ever drive a red 2014 Nissan Altima?

Judy Markowitz and Tom Hamilton made a big mistake launching a new venue, hiring 2 guys with limited experience, and giving them a 10 year contract.  That contract has been violated over and over, the City has done nothing.  Bart Rogers spends more time with the Peoria Rivermen (he and John own the team) than he does managing the Coliseum.

The City has every reason to kick Bart Rogers and John Butler out of the Coliseum.  Management MUST be put out to bid.  Tari?  Keeping secrets makes your claims of transparency ridiculous.  Springing a new contract with CIAM at Council can’t be spun as great for taxpayers.  They won’t buy it.  CIAM has a long history of covering up finances and the City has a long history of letting them do it.  If you really want a successful re-launch and you want to restore citizens faith in management of the “white elephant”, BID IT! 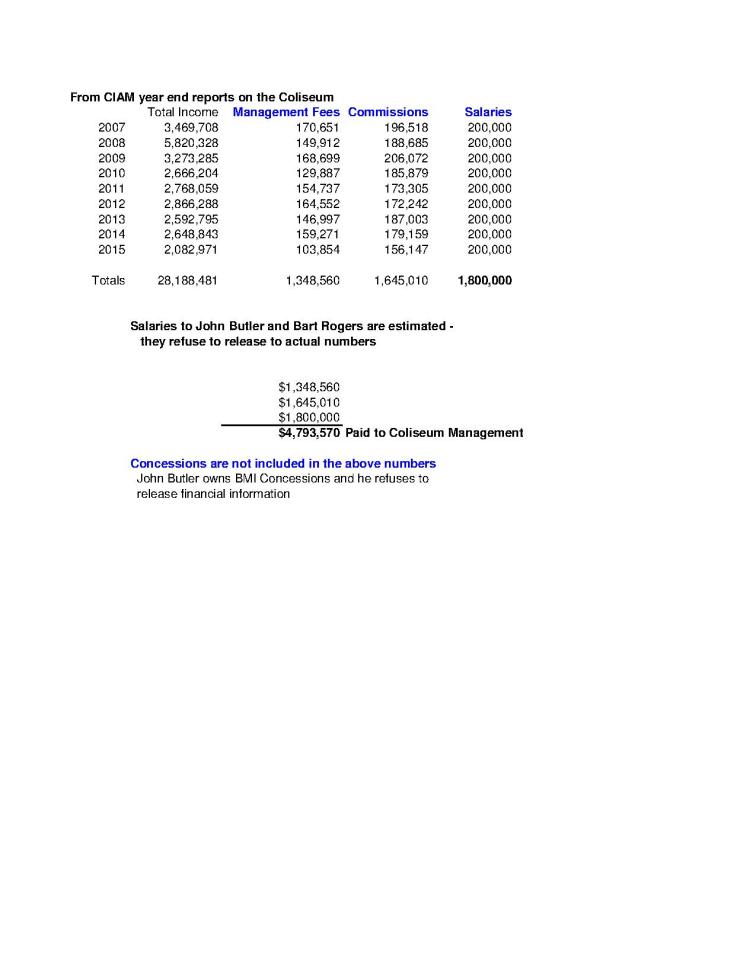