This is the law for elective office:

I was asked by local residents to get involved in another issue because the Village of Downs Mayor, Mike James, told them documents required to be filed with the Village were none of their business.  One Trustee, Mary Goveia, asked for the Quarterly Liquor reports and was denied access.  Bars/Restaurants in Downs are required to file these reports to show they comply with local ordinances.  The ordinance clearly states that 60% of sales is required to come from sources other than liquor.  If it doesn’t, the restaurant is really a bar and should obtain a more expensive “Bar License”.  From the Downs website:  http://www.villageofdowns.org/village-ordinances.htm

Since the Mayor would not give the quarterly reports to a sitting Village Trustee, I obtained them under the Freedom of Information Act.  This is the report Trustee Goveia wanted to see:  Adkissons.LLC

Eight of the nine filed reports show Adkissons out of compliance with the ordinance.  The Mayor is not enforcing the law.   Why?

Further, this statement is on every report filed:

Some of the reports are signed on the Preparer’s Printed Name and Address by:  Kenneth Adkisson.  The preparer is required to be a Certified Public Accountant, a Tax Attorney, or a licensed Tax preparer in Illinois.  None of these reports appear to have been prepared by a qualifying person.  Some have the names redacted, there is no reason to redact a qualified preparer’s name and signature.

If you live in Downs:

Ask your Mayor why laws apply to you but not Kenneth Adkisson.  Mayor James is supposedly a public servant.   Liberty and justice for all means laws apply equally to everyone.  It looks like friends of government in Downs are exempt from the law.  James needs to explain why Village Ordinances only apply to people the Mayor wants them to.

The Village Trustees need to file a complaint against Adkisson’s Liquor License.

Mayor James, since you would not give Mary Goveia these reports, you need to explain why.  Trustees are elected to represent the people.  Mike, if you think you are above the law, it’s time for you to resign along with Dan Lush.  Citizens should demand it. 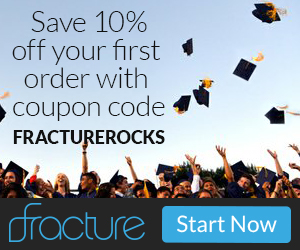 6 thoughts on “Downs Mayor: I make the laws”