The wish of the next Mayor and Council might be to shelve Tari’s wish lists in favor of actually performing essential services!

David Hales has a new Request for Proposal on the City website:  http://www.cityblm.org/Home/Components/RFP/RFP/412/ 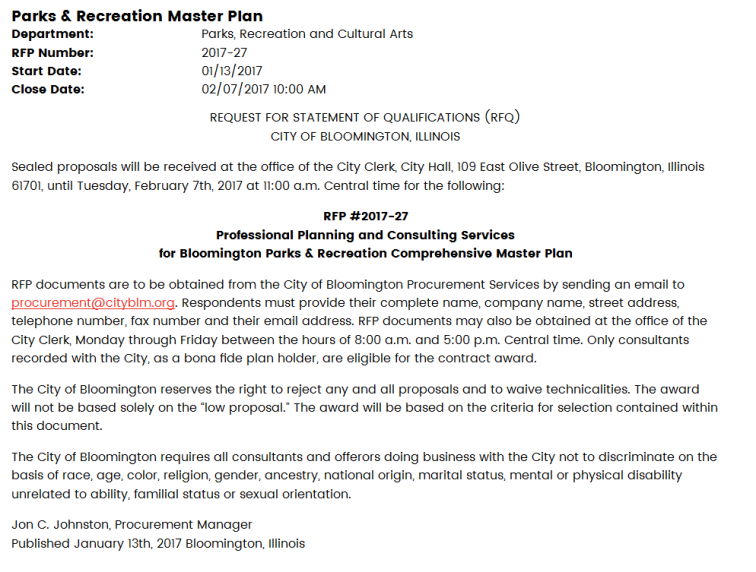 Why does Bloomington have management employees?

Since employees aren’t capable of planning, why have them?  Outsource everything to consultants!

More likely, this is how money is funneled from your pocket to like-minded people with shiny paper and Power Point software.

A Parks Master Plan is already listed!  Click on the link and surprise:  It’s Parks and Recreation Master Plan!

Take a look at it – Bloomington needs a Community Center, a Sports Complex, Family Aquatics Facility, and a Dog Park.  If you’ve paid attention – all these wishes have been mentioned at Council lately.

All those pretty Master Plans won’t happen because there isn’t any money.  In a few years, if Renner is still Mayor, the plans will need updated again.

Plan, Plan, Plan.  Accomplish nothing!  How many roads could have been fixed with what those plans cost?  Central Planning fails every time – it merely redistributes needed money to people who make a living from government planning.

What does the City Manager do – other than hire consultants?

Ready to dump these folks yet?

Tari and other mayoral candidates spoke at the GOP breakfast this morning.  I hear he referred to a “nasty blog”.  Thanks Tari, that means you know A LOT of people are reading.

2 thoughts on “All they do is PLAN”