Tomorrow either big government people will dominate Bloomington-Normal for the next 4 years, or citizens will.  Will the Pantagraph and the Chamber of Commerce get their picks, or will the people forced to pay for the vision of Big Spenders finally throw them out?

You get the government you deserve by not voting! 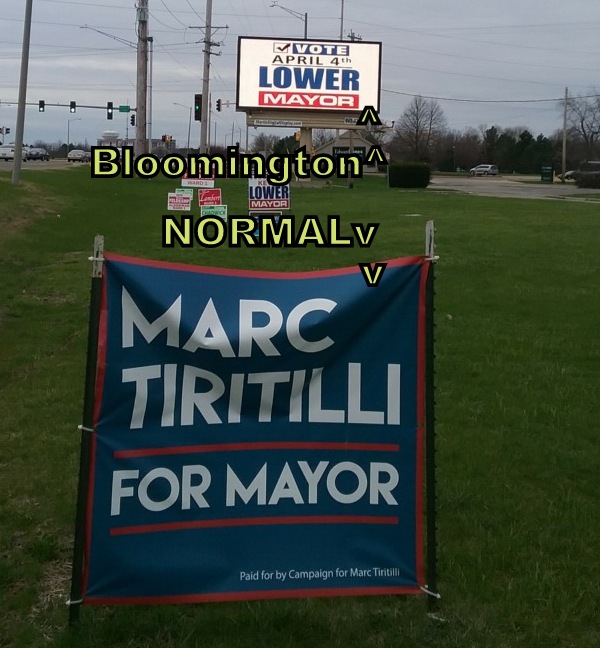 Ward 7 – Sonny Garcia – so the next mayor can appoint

(Only vote for two!)

4 thoughts on “Tomorrow-you win or lose”