Bloomington has done nothing to stop employees from “spiking” their pensions.  Besides collecting a higher pension for life at taxpayer expense, taxpayers are forced to pay penalties to cover the increased cost.

The “spiking” comes from accumulating unused sick days.  Bloomington has changed the policy for new hires, but they refuse to change it for existing employees.  Avoiding these penalties is very easy – the employee gets paid when they leave.  Right now the employee can say when they want paid – months before retirement.  This makes it looks like their ending salary was much higher and thus entitling them to a higher pension.

Below is the first list of accelerated payments taxpayers forked over to IMRF (the retirement administrators) as of July 2016:   https://blnnews.com/2016/08/20/proof-the-council-is-immaterial/

This information was obtained by FOIA from IMRF. 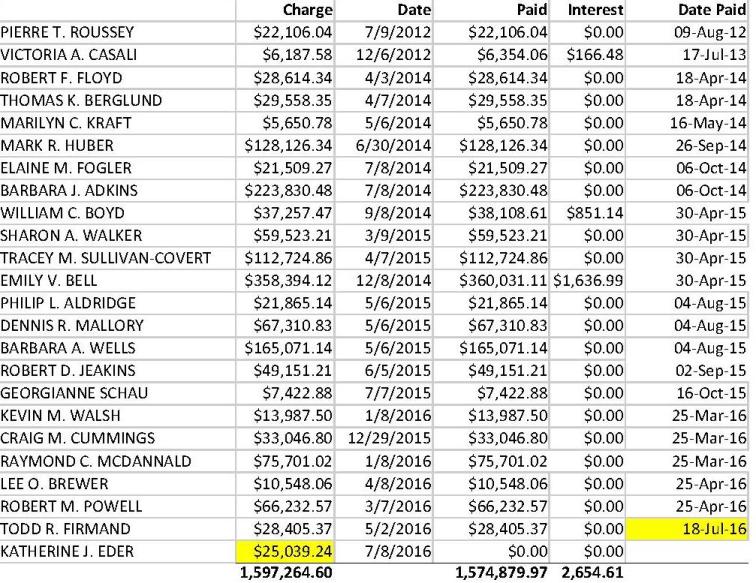 Below is an updated list showing the total taxpayers have been fleeced since that story:

Remember that $2 Million+ when the Council raises your taxes yet again.

Government in Bloomington exists for government employees – not you.