Two members of the media were at Tari’s open house last Friday, Maria Nagle from the Pantagraph and Howard Packowitz from WJBC.  If the media fails to report news, everyone can pretend nothing happened.  Are they protecting Tari?  I know every alderman is aware of Tari’s comments.  If the public doesn’t demand action, his racism will be buried by the media.

The paper has an editorial today written by Mike McCurdy, Board Chair of Connect Transit.  He claims the number of transfers have been cut, maybe he can explain why a downtown transfer station is needed then.  He threw out lots of numbers we know can’t be verified.  Counting the same rider numerous times means any numbers Connect reports can’t be trusted.  Yes Mike, everybody still sees your empty buses.

Advocates for the disabled are tired of trying to work with Issac Thorne and the Connect Transit Board.  They feel they are being ignored – for close to 7 years now.  They have been appearing at both cities councils trying to get someone to listen.

The Federal and State money received by Connect Transit mandates ADA compliance.  I’m not going to attempt report names, I’d likely spell them wrong anyway. I am going to recap what was said.  All of the attendees were respectful and articulate.

First, this guy spoke for many of the people present. 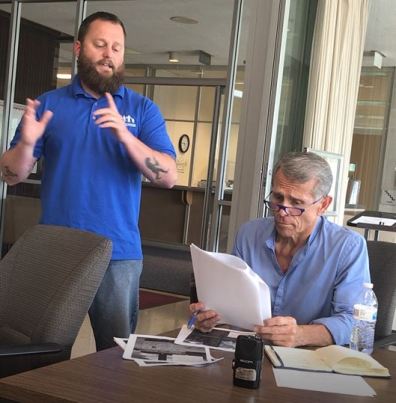 He claims two thirds of the Connect Transit stops are not ADA compliant.  Flags were just stuck in the ground where a consultant said they should be.  He brought pictures of current stops where riders must step out of a bus into a ditch or traffic.  He also wants the color of the signs changed because vision impaired people can not distinguish the light green color from the background greenery.  Unless a person is standing right next to the flag the bus won’t stop.  Previously buses could be flagged down in a safe place to stop.  Riders could also ring a bell to get off, they didn’t have to wait for an “official stop” that might be less convenient.   He is an advocate for people with disabilities and works for Life-Cil.

This lady questioned Tari about his chosen appointments. 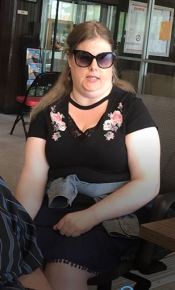 Tari was adamant about appointing Amelia Buragas and Justin Boyd anyway.  He claims he has another appointment in a year, maybe then he can appoint someone they want to see who will advocate for the disabled.  He wasn’t listening to the concerns stated.  One attendee mentioned putting his two picks on a new board specifically to build the downtown transfer station while appointing others to oversee operations.

Tari claimed the downtown transfer station is needed because the system needs two beating hearts – that’s is what he is demonstrating with his hands.

One transfer station is in Uptown, he thinks Bloomington needs one too.  The first guy claimed a new transfer station will accomplish nothing if people can’t even get on a bus.  He wants the stop problems fixed first.

This lady is obviously disabled.  She finds riding the bus very difficult because it no longer stops in front of her apartment building.  It’s now blocks away.  Usable sidewalks do not exist, if she wants to ride she is forced to use the street.   She also balked at Tari’s claims that his picks are sufficient, she told him the disabled aren’t stupid. 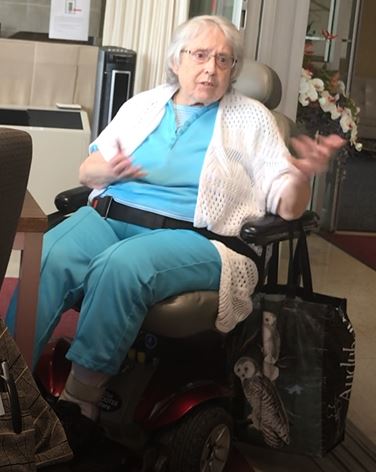 Random notes from the videos:

ADA rules say riders must be allowed to step off to firm, stable, and level ground with curb cut-outs and sidewalks.

There are now fewer stops, meaning people have to travel farther to catch a bus.

Tari wants to explore making the service totally free.  That is the equivalent of somebody asking for your credit card at a gas station.  The taxpayers of Bloomington-Normal will be paying for the rides of people on the bus by choice – not need.

Tari still doesn’t understand The Open Meeting Act.  Having 4 aldermen present would be a violation of they discussed city busniess.  Tari claimed since it was a meeting they could.  Meetings have posted agendas, this one didn’t.  None of the alderman spoke, maybe they know better than The mayor.

The question now is:  What will the Council do?

Four alderman attended this meeting.  Are they listening or will they do Tari’s bidding?

Get the popcorn ready.

I would upload more video, but I know from watching the stats nobody is going to watch the at least 1 1/2 hours.

Will the media ever quit being #FakeNews?

8 thoughts on “If the media doesn’t report, it didn’t happen”