All emails received by FOIA.

This comment appeared in a December 4th article – Mayor Koos:

The Mayor was talking about the Citizens Summitt.  He wanted only “invitees” to participate.  Stan Nord invited the Town from his Facebook page.   Koos and Pam Reece  were annoyed at the December 2nd council meeting:  https://blnnews.com/2019/12/03/dont-like-a-vote-take-it-again/

There is more to this story!

Go back 10 days to this email sent by Stan Nord to Lyle Sumek: 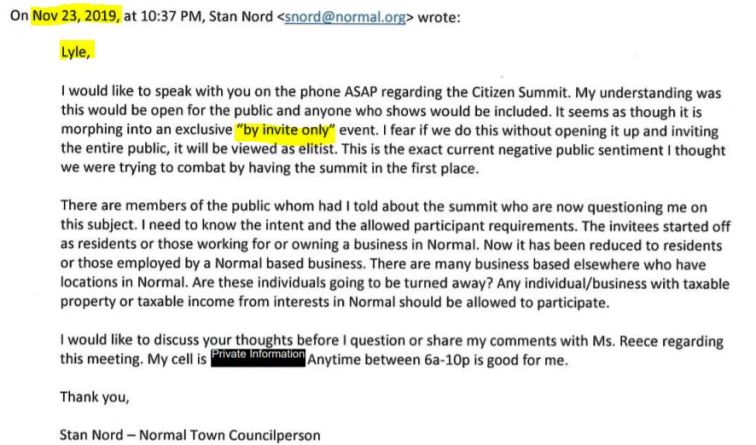 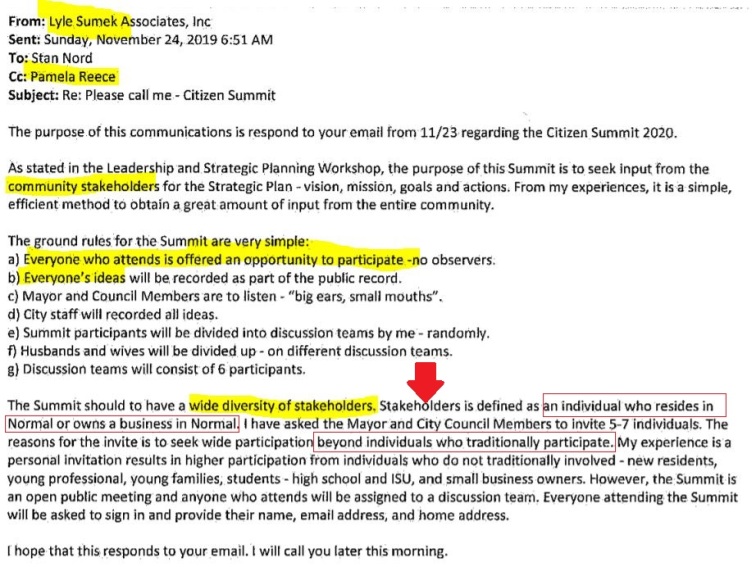 On November 26th and 27th, Stan and Lyle had another email exchange – obviously Stan was getting heat for making this summitt public: 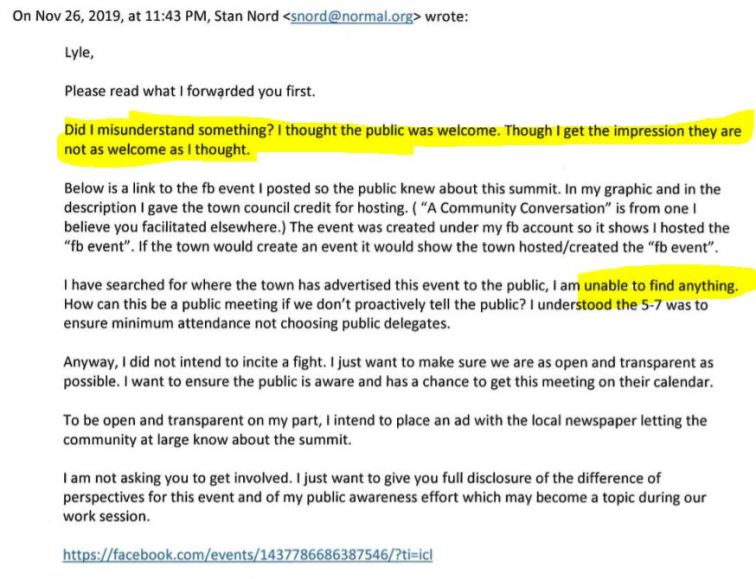 Note:  Lyle hasn’t mentioned a word about only 5-7 people invited by a Council person can attend.

Chris Koos wrote this email on November 26th to the entire Council:

Note:  This email is over a week before Koos’ comment appeared in the paper.

Lyle sent one more email to Stan, he should have copied Koos – Lyle and Stan are on the same page, Koos isn’t in the same book.

Mike Matejka was invited by Chemberly Cummings, he was unable to attend.  Dave Shields attended even though he doesn’t show up on the “invitees” list.

Both of these fail to meet the “diverse” requirements.

I could add a lot more emails.  Did you know the staff got food while the crowd got cookies?  Pam was so upset by Stan’s Facebook post she emailed ICMA – International City Manager Association.  I did not receive a response from them if she got one.

Obviously Koos is the one who wanted a “stacked meeting”.  The mayor never thought this event was an open meeting to hear from average citizens.  Citizens elected Stan, therefore you aren’t welcome.  Pam Reece accused Stan in another email of turning it into a political event instead of a municipal event.  It appears the only time the Town of Normal cares about what citizens think is for elections.

2 more emails – this one from a citizen who attended, I redacted the names: 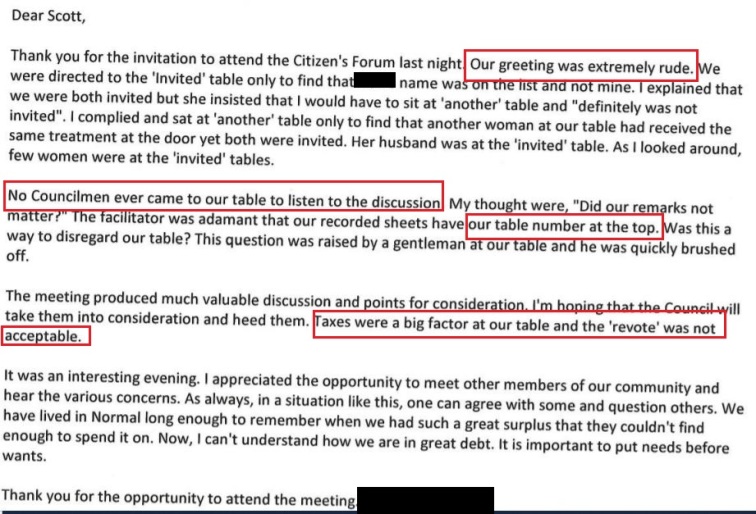 After all the protesting and sniping at Stan, Pam sent this email to the staff who helped out:

Has Pam has figured out average citizens are worth listening to?

The mayor never will.

10 thoughts on “The Koos Chronicles”