An EMP taking out electricity for months or even years would kill most of the population.  Proof is in the chaos created by a virus.  The number of cases of Wuhan Corona virus is going to grow, just like every flu grows.   Some people will die, most won’t.  Media loves to report 1 or 2 new cases, they don’t report on how many have recovered.

Why are some churches closed to prevent spreading the Wuhan virus, but people are packing the stores?  America’s priorities have no basis in common sense. 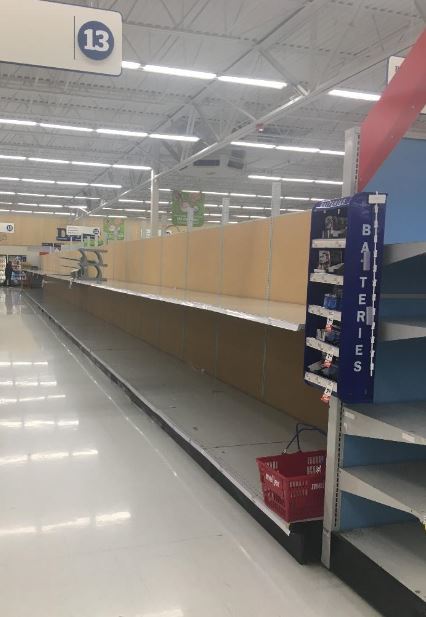 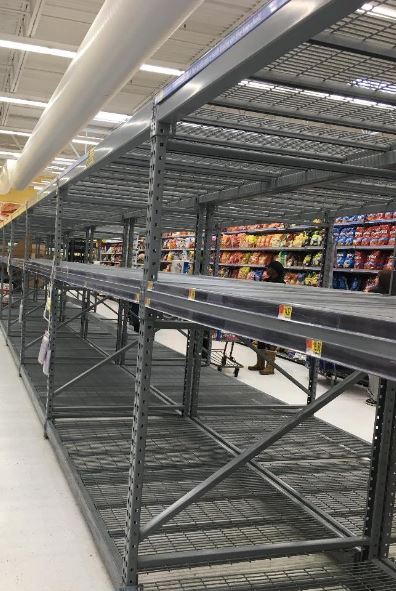 Obviously few people know how to cook.  The soup and canned meat aisles at Walmart were mostly cleaned out too: 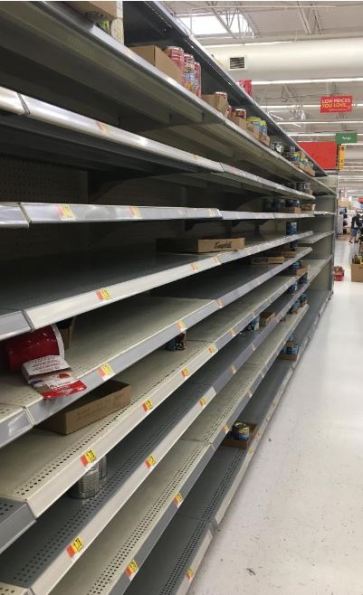 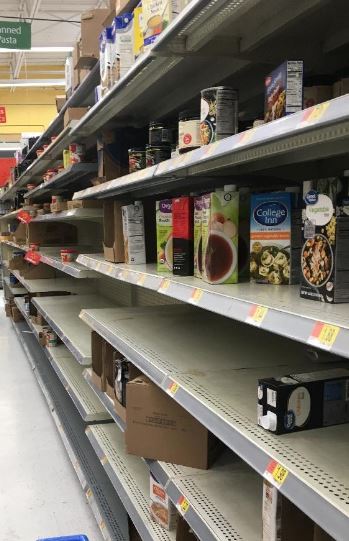 The stores were crowded.  I heard one guy telling people he had toilet paper taken out of his cart.  Get a grip people, wash your hands frequently.  Stay home if you are sick.  Turn off the media, they are creating fear on purpose.  The proof is in their failure to report on 1000 people dying in the first six months of Swine Flu.  Wuhan flu has caused less than 60 deaths.  The ridiculous reporting is political.  Refuse to participate.

The fastest way to lose your Constitutional rights is to act like idiots.  We are Americans,  act like it.  Take care of yourselves and others.  Think for yourself instead of letting others control your behavior.

Both stores had plenty of fresh fruits and vegetables.  Funny, nobody hoarded them.

Wouldn’t you want to talk about anything but politics?

15 thoughts on “A Real Emergency will Kill You”