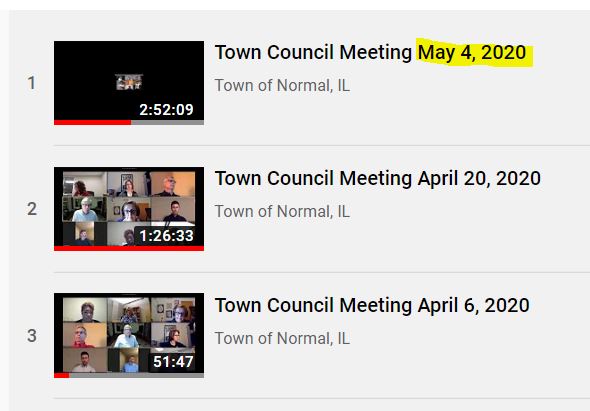 See: 2:02:15  One was a water project and one was a sewer project.  Don’t expect refunds for the increased fees – That Money Is Theirs!

Kathleen Lorenz claimed we should be celebrating!  Now they can do other projects that weren’t budgeted.  Was that on purpose Kathleen to force fee increases?  The “consultant” evidently prepared the estimate.  Wayne Aldrich (Public Works Director) suggested the COVID crisis may have driven the price down.

The “savings” on these two projects will be kept in their respective reserve funds.  Planned fee increases will continue, the Council wasn’t interested in canceling the  increase delayed until July 1st.  2:11:15  Kevin McCarty thanked Aldrich for saving taxpayers money.

Stan Nord questioned what happens to the money not spent.  Since the Town isn’t going to give it back to you, he wanted to make sure it stayed in reserves.  Kathleen Lorenz thought he wanted it transferred to “operations”.  He didn’t.  Hear her at 2:16:00.  She never passes up an opportunity to dismiss Stan or put her own spin on what she thinks she heard.

2:19:30 The discussion started concerning One Normal Plaza.  Koos began with claims this is what the Town does.  McCarthy followed that he is excited about the project, he thanked staff for investing “a fair amount of time” in the project.  Koos called for a vote without seeing Stan Nord wanting to speak.  Luckily Stan got in.  His point was the optics.  He wanted the process to start at the Planning Commission because that is their job.  The Planning Commission is supposed to recommend changes to zoning.

If Council initiates the process it appears Council supports the project.  Stan questioned safely.  He again mentioned optics since the property owner is connected to the City.  Reece claims the Council is starting the process, she claims it is common.  Staff has spent plus or minus 40 hours so far.

Lorenz weighed in again.  She claims the Council isn’t circumventing anything, they are just starting the process.  McCarthy claims this process if how Uptown started – to stimulate investment.  Mercy Davidson (Town Planner) claimed it isn’t unusual, One Normal Plaza is under appreciated, the Comprehensive Plan calls for development.  Staff went out their way to make every neighbor aware of what they were looking at.

Stan voted NO, everybody else was a bobble-head.

If, as most of the Council thinks, approving as written does not circumvent the Planning Commission process – why was this on the Agenda?  It still has to go through the Planning Commission.  If this has nothing to do with special treatment for friends, what was the purpose?  The optics are terrible, nothing said last night negates that.  Final approval could be back at Council at the first meeting in June.  When was the last time Normal got any development approved in less than a month?

Anybody ever heard of the Development Committee:  https://normal.org/161/Planning-Zoning

Where are the minutes?

5 thoughts on “Normal: The real meeting”