The below are from a big pile of information I received from IMRF under the Freedom of Information Act.  They all pertain to pensions spiking that David Hales allowed to keep happening and is still allowed today.  Remember this when your taxes get raised Monday!  I may be posting more, I haven’t finished reading the stack yet.

Laurie Wollrab (Compensation and Benefits Manager) knew taxpayers were getting hosed in August 2014.  She attempt to get IMRF to change their mind:  Barb Atkins – Accelerated Payment

Patti-Lynn Silva (Finance) knew in August 2014:  Silva  (only the first page, all others are charts and calculations)

This is most likely what David Hales referred to a couple Council meetings ago.  Evidently they couldn’t come up with the money to pay the accelerated payment of $358,394 for Email Bell! I wonder if the Council was going to be told they had to borrow money?  Click to enlarge – then read from the bottom up.  It was finally paid in April – with interest of $1,636.99. 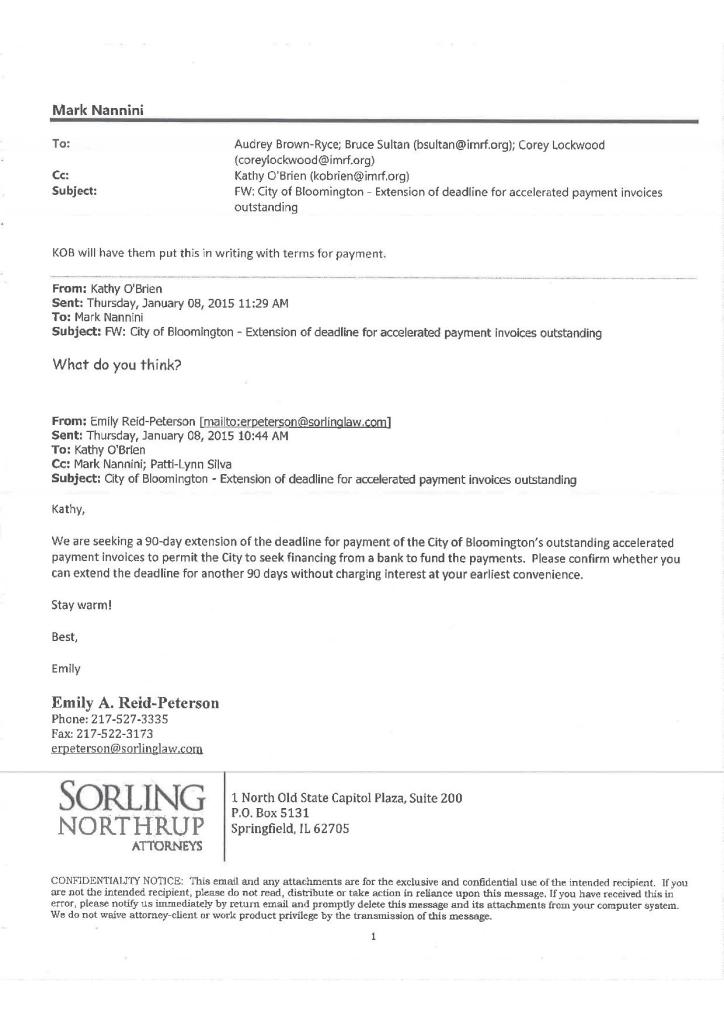 Finally in August of 2015, after wasting more than $1.2 MILLION dollars, City Attorney Jeff Jurgens asks IMRF about changing the City’s policy on when employees get their sick leave.  Obviously IMRF does not agree that changing the policy so pensions can not be spiked violates the Illinois Constitution:

3 thoughts on “Who knew and did nothing – IMRF”