Below is another email I received under the Freedom of Information Act while looking for something else.  It was written by Alderman Jim Fruin.

Normal’s elections for council members are At-Large.  That means nobody on the their Council represents citizens, everybody represents the entire town.  It also means the Council members don’t need to respond to citizens in their wards because their aren’t any.  They have far fewer direct interactions with citizens, the results are obvious.  They rule – citizens have no voice.

Remember when Rob Fazzini wanted to make Bloomington more like Normal with “Modified Wards”?  It failed, Bloomington is not Normal!

I’d ask Bloomington’s Aldermen one question:  why do citizens contact you?

Could it be because you have raised taxes continually since Renner became Mayor?

How about because the roads are still a disaster, but the Council focus is on downtown Bloomington?  Having a plan means nothing 3 years into the term of the guy who promised action.

Being a Bloomington Alderman is a part-time job.  Yet, the Council is subjected to long meetings 3 times a month consisting of Special and Regular ones frequently on the same night.  Topics include development, land purchases, and monument building to themselves instead of what citizens think their government should provide.

If citizens are contacting you more Jim, it’s because small things are slipping through the cracks while government grows to create their own Utopia.  Basic government services aren’t a priority and listening to citizens comments isn’t part of the agenda.

We’ve seen Citizen Summits, Open Houses, the Budget Task Force – every one ignored the people forced to pay the bills.

If citizens bother you JIm, announce you aren’t running next year now.  Time to go!

Look below Jim’s name.  He claims no neighborhood boundaries, but complains about citizens outside his Ward calling him.   Maybe they were trying to find a Council person who cared Jim.  I guess they mistaken. 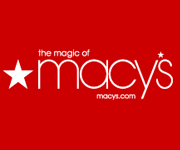