Isn’t heroin illegal Pantagraph?  How’s that working out?  You just did a series on it!

They couldn’t help themselves.  Today they called for more gun control.  Gun control is nothing more than an attempt to keep guns out of the hands of law-abiding citizens.

The best way to NOT get caught in a mass shooting is to stay out of Gun Free Zones.  Shooting fish in a barrel is only slightly easier than slaughtering unarmed people.

Sandy Hook:  Mentally ill guy who stole a gun from his mother

All Muslim aren’t jihadists, but all jihadists are Muslim.  The Pantagraph blames only guns.  We aren’t allowed to lock up the mentally ill, but we can throw tax money at it.

Political correctness is getting Americans killed – not guns.  Somebody knew and could have stopped every one of these attacks.

Every gun in the country could be banned (with a lot of bloodshed doing it!), killers will still kill with whatever they have available.

Liberals need to quit trying to steal the RIGHTS of citizens and start attacking the REAL problems.

The purpose of gun control is tyranny.  Why are there now more Federal non-Defense Department armed officials than Marines?  http://www.dailywire.com/news/6713/pretty-much-every-government-agency-has-guns-hank-berrien

If everybody joined the NRA all shootings would stop.  None of their members have ever committed a mass shooting! 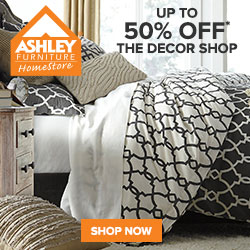 17 thoughts on “Was fertilizer banned when McVeigh killed 169?”