Tari Renner is desperate to score political points that have nothing to do with welcoming immigrants.   He is pandering to his base and Karen Schmidt is standing in his way.  Illegal immigrants are just pawns in this game.  Radicals think they can “progress” their fundamental transformation of America and use illegals to beat people into submission.

This time it puts your safety in danger and handcuffs local police.

Karen Schmidt normally panders to the left, but this time she is blocking the vote.  Unlike Renner, she must realize the opinion of Chief Heffner and the rest of city matters.  She is now the target of the radicals demanding illegals must be welcomed.  Proof from the YWCA Facebook page: 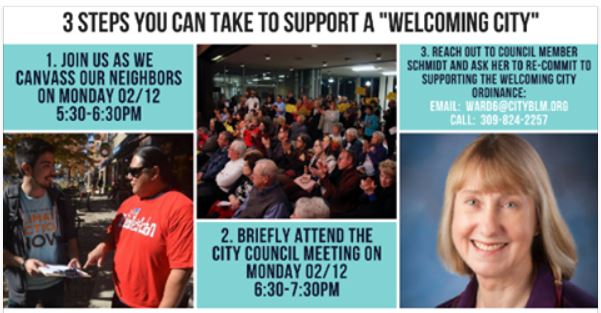 Tari Renner reached a new low when he claimed NOT VOTING on the ordinance is an Open Meetings Act violation:   http://wglt.org/post/no-open-meetings-act-violation-bloomington-yet#stream/0

Hey Tari, it’s not illegal for the Council members to talk to each other either.  I’m sure they didn’t all meet and Rosie’s and plan together.

Obviously Tari has never read the Open Meetings Act!   There is a LONG list of things the Council has refused to vote on – most of them involving the cost of City employees.

Bloomington was targeted first because Koos is too smart to be caught up in this nonsense.

That doesn’t mean the two groups below (and others) are going to stop trying to force a vote.

Thanks to Tari, this is the new Bloomington!

Council meetings will be very entertaining until the council votes.  Does Karen have the courage to vote NO?

If they don’t want to vote, the Council could call the Appellate Court Prosecutor and find out if any laws still matter –  like the ones that prohibit personal expenses on a government credit card: 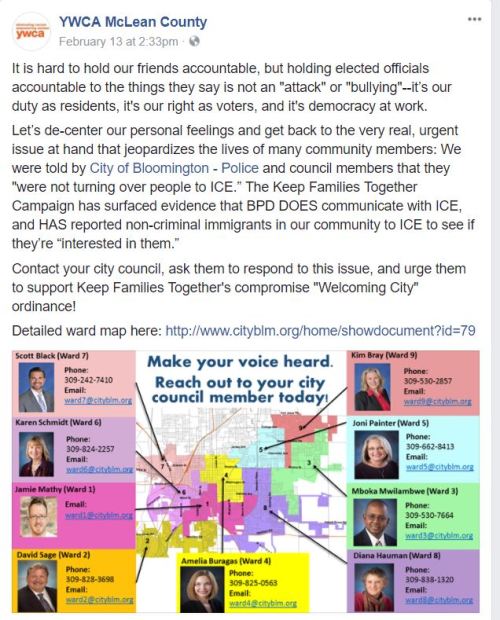 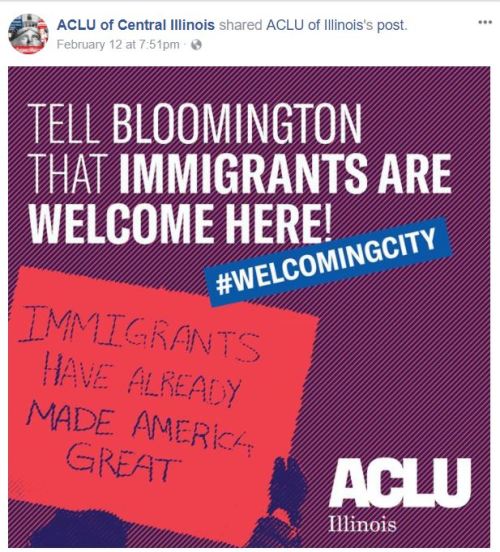 16 thoughts on “Radicals and Karen Schmidt”