If Normal doesn’t need them, Bloomington doesn’t either.  Bloomington isn’t twice as big as Normal – but Bloomington’s budget is more than 100% higher!

Bloomington is once again looking at a budget that does not provide enough money to get the roads close to a POOR rating, even with a probable gas tax increase.

With this Council – your roads will NEVER be fixed!

Here’s proof too many people work in Administration.  Besides using their PCard to illegally buy plane tickets to Japan for the mayor’s girlfriend, a staff person compiled the below and sent it out to the Council.  It sure looks to me like they do this every week!

The Pantagraph is the news source for the Council?  Did we just identify the problem?  Note, no letters to the editor or editorials criticizing the city are included. 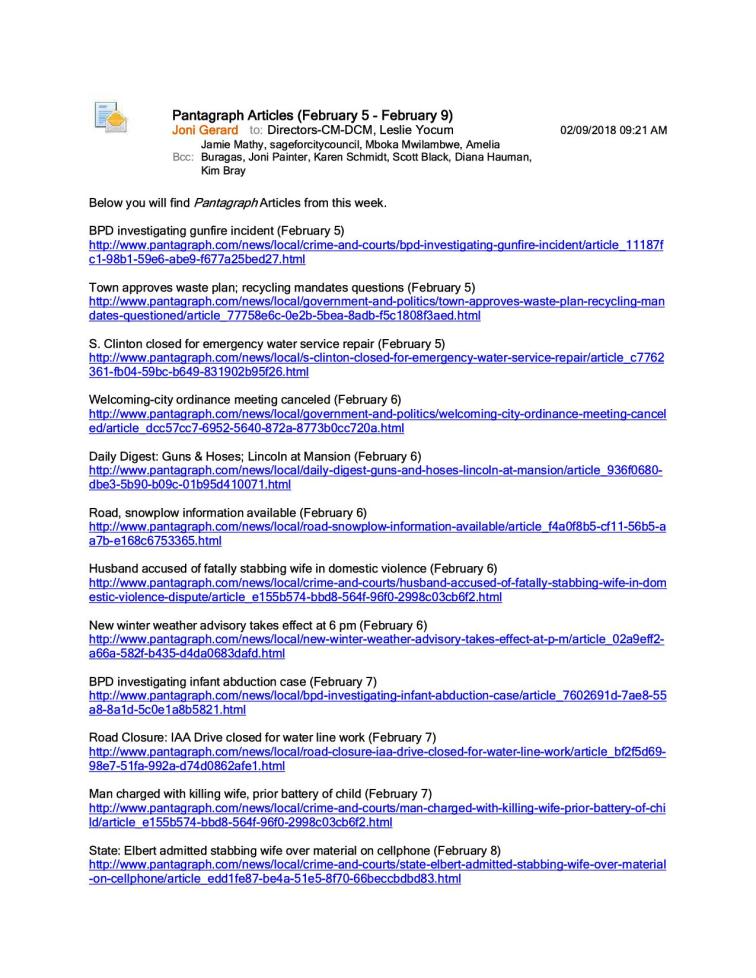 Your tax dollars were used to gather propaganda from ONE source for the Council!

Can’t the Council get their own news?