The next hearing is TODAY – Courtroom 3A

A judge in Massachusetts issued a stay on June 22, 2018 but the parties were not notified.

Michael Cadena’s lawyer here had to file a response by 9:00 am this morning to the mom asking for direct criminal contempt charges.  Meanwhile his lawyer there contacted the court clerk to see if a ruling had been made on Michael’s appeal of a June ruling stating the court did not have jurisdiction.

The judge has actually approved the motion on June 22, 2018.  The paperwork probably got lost since the judge changed positions and a new judge had been assigned.

This approval means Massachusetts will not comply with any rulings by Judge Hill here on Wednesday.  Judge Casey pushed this case into the Appellate Court in Massachusetts which means it will take many months to work its way through the system.  Meanwhile Mikey will be able to continue getting the counseling and therapy he needs.  He will be secure with his dad and grandmother for the foreseeable future. 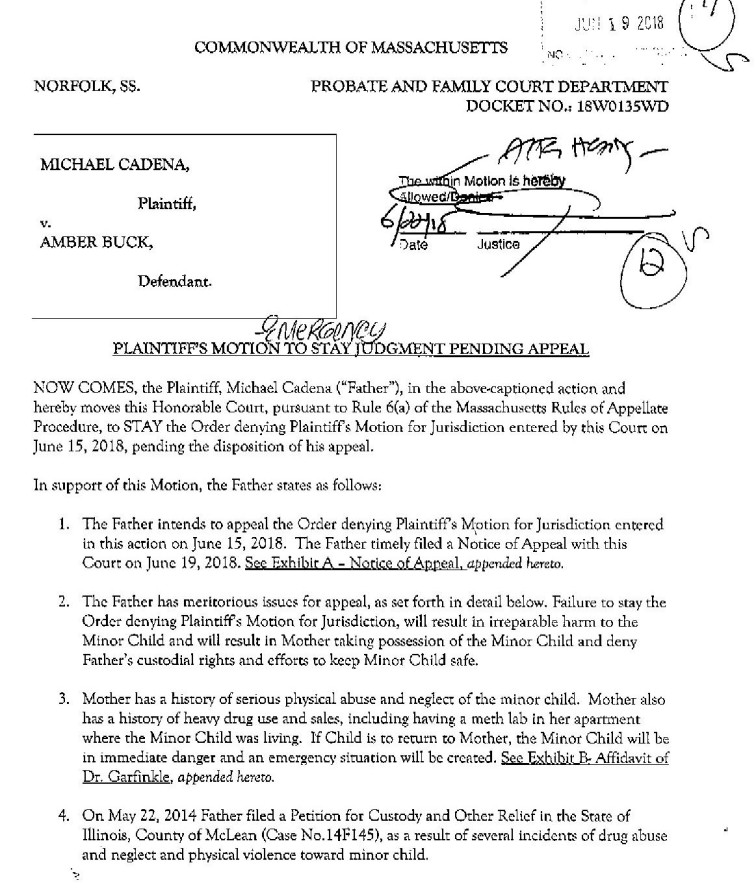 12 thoughts on “UPDATE: Mikey is staying where he is!”