In 2015 both Bloomington and Normal increased the local Sales Tax 1%.  The people least able to pay more, the poor, were attacked again with more taxes.

Part of the reason given was to give money to the County for Mental Health Services, actually it was to pay for the jail expansion. 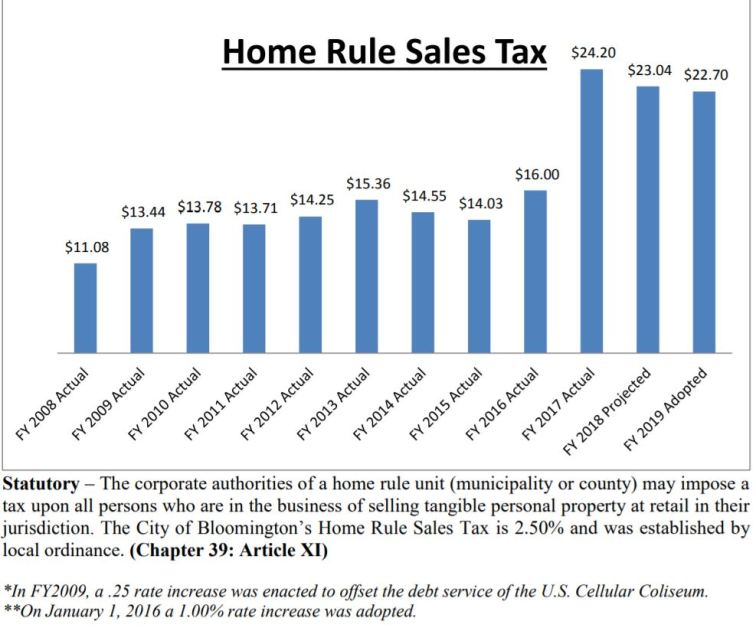 Simple economics would have told the City that receipts would decrease when the tax was increased.  When people have less money to spend sales decrease.  Add all the other taxes Bloomington has increased and residents have a lot less in their pocket to spend.

The decrease in tax receipts was easily predictable since wages haven’t risen as fast as taxes.

Internet sales might have contributed to some of the decline.  Saving 2.5% in local taxes provides incentives to shop elsewhere.  Even if websites are charging State tax, they aren’t charging local tax.

Increasing taxes to add on to the library or for a sports complex can only mean this trend will accelerate.  Less money to spend always means less revenue, unless debt is used by consumers to compensate.   Simple economics also would tell you that’s a bad idea.

The cost of the BCPA and Coliseum were probably at least 50% higher than reported.  The debt expenses are never included.

PDF page 57 – this is how budgets were balanced with declining revenues. 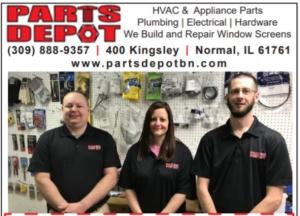 14 thoughts on “The Sales Tax decline in Bloomigton”