Chicago Tribune columnist John Kass must have a tough life living and reporting on the Chicago corruption.  If you’ve ever rad his columns, he turns it into comedy.

Kass wrote a column on January 30th pertaining to the supposed ethics reforms in Springfield:  https://www.chicagotribune.com/columns/john-kass/ct-illlnois-political-corruption-kass-20200130-m44sodf625ab3mjeb7vprhsidu-story.html

After Kass is done skewering Pritzker he gets to Bill Brady: 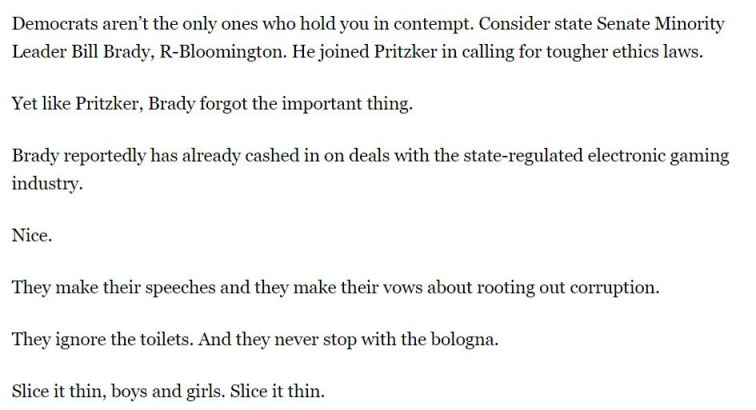 Funny how the local press fails to report much on Bill Brady.  Ethics reform won’t be happening anytime soon as long as Brady is the Senate minority leader.  I wonder who in the GOP thinks electing him is a good idea?