One of the demands of Black Lives Matter is to end cash bail.  They want the jails cleared out of murder suspects, armed robbery suspects, rapists – etc.  They don’t think it’s fair for minorities to sit in jail because they can’t afford bail when they haven’t been convicted of anything.

That doesn’t apply to the guy accused of driving his motorcycle through their protest – this BLM supporter says he shouldn’t be allowed bail:

This person has lots of Facebook posts supporting Black Lives Matter.  She even decries the looting: 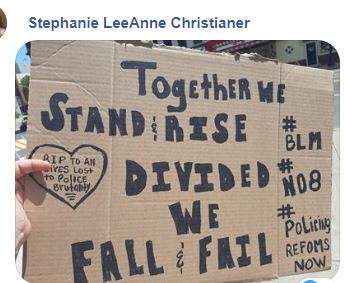 Stephanie used a different Facebook page until around March of 2019 – Note the name in ( ).

Check the names below – arrested for looting at Kohl’s.  She had her son with her: 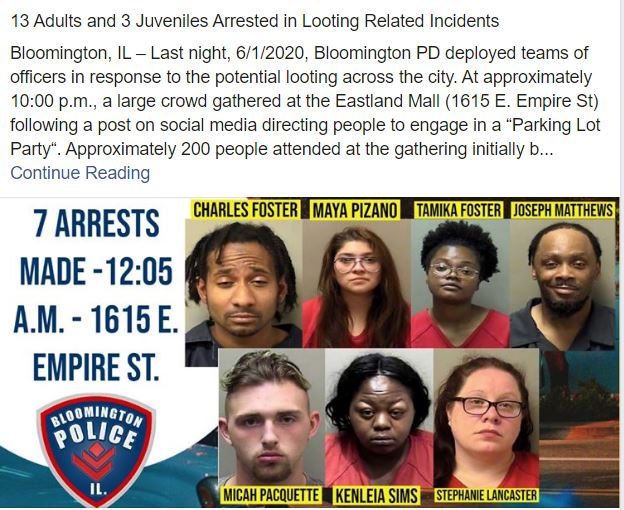 How many other “peaceful protesters” were just waiting for it to get dark? 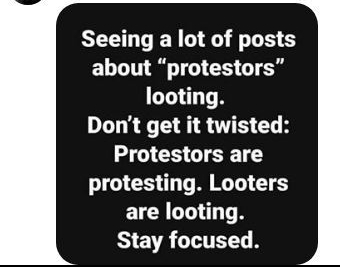 This was posted on Stephanie’s Facebook page.  The guy who shared it was wrong.

Note:  I’ve had the Stephanie story since her arrest.  Even after a relative of hers  confirmed Lancaster and Christianer are the same person, I hesitated to post it.  It wasn’t until a reader sent her old Facebook page confirming the names that I chose to post it.