This sign is at U-High.  Normal Community also has one.  Evidently being here legally isn’t a requirement.

This is the sign Not In Our Town supporters are putting around town: 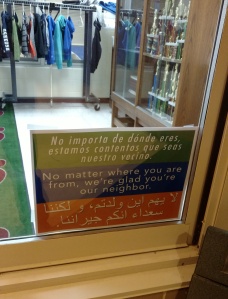 It means one thing to the people upset that Hillary Clinton lost the election and something totally different to everybody else.

Hate for conservatives who think America is a sovereign country and should protect her borders the way every other country does.

Hate for people who don’t want to see another 9/11.

Hate for everyone who doesn’t want to see another Boston Bombing committed by “immigrants”.

Hate for everyone who doesn’t want to see another San Berardino committed by “immigrants”.

Hate for people who want sanctuary cities de-funded because of incidents like the Kate Steinle murder by an “illegal immigrant”.

Hate for President Trump doing exactly what he campaigned on and got elected because of.

Hate for themselves because they lost.

Hate for Freedom of Speech that can’t be controlled.

Hate for the American melting pot, they want diversity not one country born on freedom and liberty for all.

Hate for taxpayers who don’t want to pay for “refugees” and “illegal immigrants”.

Hate for the taxpayers in Bloomington-Normal since both mayors participated in the NIOT charade.

(Many people entering the NIOT event yelled that their grandparents were immigrants.  Mine too, but they didn’t get welfare, housing, food stamps, and medical care at taxpayer expense!  They got nothing but freedom.)

These haters have now crossed the line courtesy of your local schools.  The picture above is from a Unit 5 school.   Your kids are being brainwashed to believe in open-borders and keep their mouths shut.  The guy who sent this pic will be putting his kids in a private school next year.  If your school has one, contact the school board and demand it be removed.  The sign is a symbol of:  Laws Don’t Matter Here.

When American citizens, born and raised here, have fewer rights than foreigners – America has a big problem. 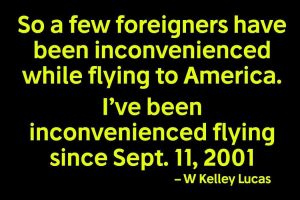 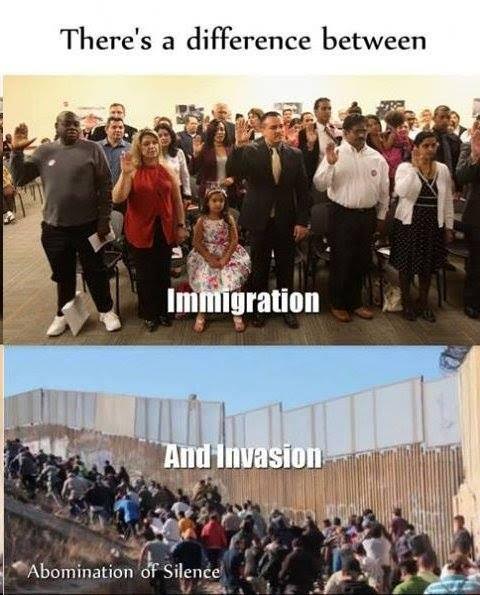