No More Comments Will Be Approved On This Story

Nikita Richards wants to be the next McLean County Clerk,

How did BHS ever survive until 2018 without a Black Student Union?

Why stop there?  Short people need their own student union.  Natural blonds need one too, people who dye their hair aren’t allowed in because obviously they are different.  Students who live west of Mercer need a union too, certainly they have their own struggles.  Do Hispanics need one too? If everybody else has one, why not whites?  Since many kids are of mixed ethnicity, they all need their own!

Nikita:  What happened to “I have a dream that my four little children will one day live in a nation where they will not be judged by the color of their skin, but by the content of their character.”   (1963)

Nikita, your daughter is obviously successful and prospering.  She must have great character to be elected by her peers class president.

How does purposely building walls based on color further MLK’s dream?   How does segregating herself help your daughter prepare for the future?

Is the goal separate but equal?

Are you running for McLean County Clerk to build more walls? 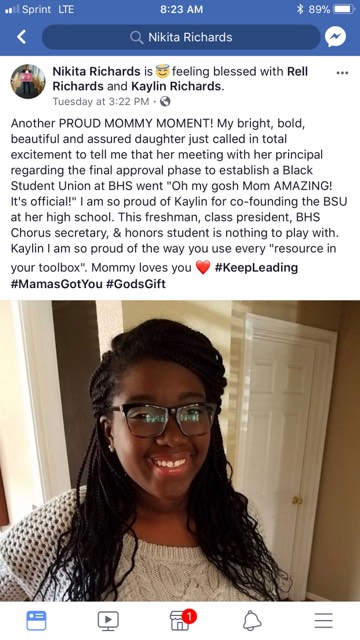