For this story I have some facts and some information from inside Normal.  The Town refuses to give me emails – they claim there are over 10,000.  Even when I gave them specific words like “problems” they couldn’t narrow my request.  The bills incurred tell much of the story – those I have.

Here’s the story:  Normal hired somebody who used to work for the City of Champaign.  They used software referred to Central Square Community Development or TRAKiT.  A previous Normal Council approved this purchase for Normal.   Normal went live late last year:   https://nrml-trk.aspgov.com/eTRAKiT/

What did it cost? 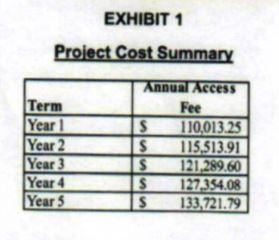 Not so fast, that isn’t what has been paid.  Below is what was paid in 2018 and 2019.  These lists have the payments above, but the total cost for the first two years is more than double the project cost.  Keep in mind the majority of these payments were made before the software was ever implemented.

Here’s what I am told, but I can’t confirm because Normal refuses to give me any emails:

It’s supposed to make permitting, plan review, planning, etc easier. But it’s nothing but a massive waste of money so far. More then half of the functions
don’t work and the company that supplied can’t figure it out. Inspections is hardly using it despite it being mostly for them. It’s a huge waste of time and money and department heads are beyond frustrated.

We painstakingly provided all of our processes for every department. The staff time cost is massive, but it won’t be noted in that overall cost. We spent at least a year in planning, prep and assembling all of the information.

The bills above that aren’t round numbers are mostly per transaction charges like this one:

Did the Council know simply using the software was going to cost them for every entry?  The documentation does not say it will.

Many of the other bills are labeled “training”, buying the software evidently didn’t include that.

See the Packet information from when the Council approved this purchase:  PDF page 63:  https://normal.org/ArchiveCenter/ViewFile/Item/2990

See the minutes from this meeting:  https://normal.org/ArchiveCenter/ViewFile/Item/3005

This purchase was on the Omnibus Agenda and was not pulled for further discussion.

The year it was passed cost more than the Council approved.  The cost to acquire was also not true – see the pic at the top of this story.

Where were the overages authorized?  The cost to “acquire and implement” isn’t close to what the Council passed.

Don’t forget, according to the current Mayor, the Council isn’t allowed to discuss payments.

The lady from Champaign who suggested the software is retired according to my sources.  My sources also say the blame really lies with Administration and the IT staff that didn’t stop it when they could have.